What I Learned As an Editor 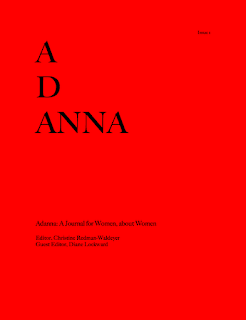 Recently I served as Guest Editor for the inaugural issue of Adanna, a new print journal. The doors opened for submissions on January 31 and closed on April 30, so I had 3 full months of reading and selecting poems, short stories, essays, and book reviews. I'd like to now share some of my thoughts and observations about the experience.

1. It's a lot of work! If I'd just been doing the poetry, it would, of course, have been less, but this experience gave me a heightened appreciation for the silent work that editors do to put out a journal. Editors do a ton of work. It's easy to get angry at them. But don't forget to be grateful.

2. A significant number of contributors do not follow the guidelines. Ours were very clear. We asked for no more than 6 poems, we asked that contact information appear on each submitted piece, that prose be one piece only and no longer than 2000 words, that the submission arrive as one file. Here's some of what I received:
• from one poet, 96 poems. No joke. Then she sent an additional 6. After I sent a rejection note, she sent 6 more.
• several prose writers sent as many as 3 pieces. Sorry, but that's just an imposition on the editor's time.
• one prose writer sent a piece that was close to 9000 words. When I wrote and said I could not read her piece as it was far in excess of our maximum, she replied that I should select my favorite 2000 words. When I said that wasn't the way it works, she replied that she didn't want to live in my world. Good. I don't want her there either.
• far too many poets sent 6 files instead of 1. When I sent them back, I was asked to provide instructions on how to create a single file. I was nice about it and did so, but really, if you don't know how to do that, maybe you're not ready to submit?
• far too many authors put their contact information in the email but not on the submission. Now somebody had to do that so we could keep track of what belonged to whom. I don't think that somebody should be the editor. I was nice the first few times, then started just returning with a note to review the guidelines.
• a number of poets sent only one poem. Why would anyone do that? An editor wants choice. Side note: not one of those poems was accepted. Maybe there just weren't any others to send?
• a number of authors sent a pdf although we specifically asked that authors not do so. Why not? Because if we wanted the piece, we needed to be able to make edits.

3. It's really not a good idea to submit to editors you know personally. The hardest part of my job was saying no to people I know. We received many submissions from NJ poets, but because the journal is both national and international, I could take just a limited number of pieces by NJ poets.

4. There are many reasons for a rejection. I've read that before, but now I know it's really true. I sent out acceptances on a rolling admissions basis. So if I'd early on accepted a poem about Alzheimer's, one that arrived later, no matter how good, wasn't going to get in.

5. If you know that the journal accepts on a rolling admissions basis, it's a good idea to send early in the submission period. (See #4) Towards the end of the reading period, long pieces just weren't going to get in as we were running out of available pages.

6. Mistakes happen. Even with a good system and great care and the utmost respect for the contributors, an occasional mistake will happen. We had submissions from approximately 450 writers, most with multiple pieces.
• And yet we almost omitted two accepted poems from the journal. Something went awry at the layout end. Fortunately, because I had a system which included a checklist, I spotted the omissions in time to rectify.
• We also somehow lost an entire submission. Submissions went to the editor and from her to me. Somehow this one vaporized. We became aware of it only when the poet withdrew one poem. By then, however, it was too late to consider the others as the journal was already in production. All we could do was apologize.
• We were scrupulous about notifications, and yet we missed one. I hear writers complain a lot about a journal's failure to respond. I agree that that is unforgivable—if it's just laziness. But if it's a genuine mistake, please understand and forgive. Then try again.

7. If the guidelines ask for a bio, be sure to include one (and adhere to the length asked for). Do not tell the editor to go to your website to find the information. Won't happen.

8. Send your best work, work you'd be proud to have published. We received some submissions from poets whose work we knew and admired. But what a disappointment to discover that they'd sent inferior work. I wondered if these poets didn't want to risk sending their first team work to a new journal. Okay, but then it's better not to send at all. Wait until you've seen the first issue and decide if you'd like to be in the second issue. As this was a first issue, it was very very important to us to select work that would set a high standard.

9. Format your work correctly. It's so annoying to get work with weird margins. Stick to the one inch rule. And it really surprised me to see how many writers are still inserting two spaces after a period. That practice has gone the way of the dodo bird. With the advent of word processors, the rule became one space. Using two spaces dates you as someone who learned how to type on a typewriter. Now this might seem really petty, but each one of those extra spaces has to be deleted by somebody. Let that somebody be you, the writer.

10. Putting out a print journal is truly a labor of love. There's no money to be made. Think of the print journals that have gone out of business. Think of the ones that have converted to online formats. Then support the print journals that give us paper pages for our work. If we want them to continue, we need to support them. If you can't afford author copies, perhaps you could recommend the journal to your library, to your students, your friends. Mention your appearance in the journal on your blog, at Facebook, and via other social networks. Help spread the word.
Posted by Diane Lockward at 12:37 PM