How to Spot a Future Poet

I'm often asked, as I imagine most poets are, How did you know you wanted to be a poet? Or, What made you become a poet? The truth is I didn't know I wanted to be a poet until I volunteered to test the poetry prompts for a then-forthcoming textbook written by William Stafford and his former student, Stephen Dunning. That book, Getting the Knack: 20 Poetry Writing Exercises, was published by NCTE in 1992 and remains one of their bestsellers. My role over a period of about six months was to write poems to the prompts that arrived by mail every few weeks. From the very first one, I knew that something special had happened. I was electrified. I knew I wanted to keep writing poems. And I did, even though I was off to a late start.

Maybe if someone had ever asked me to write poems, I would have gotten off to an earlier start. But I went through school never being asked by a single teacher to write a poem. If it happened in elementary school, I don't remember. I know it didn't happen in junior high, high school, or college. In fact, until I was in college and later graduate school, I barely even read any poetry. And yet as I look back to the young girl I once was, I think I might have shown some early signs of poetic potential. I've isolated three characteristics: 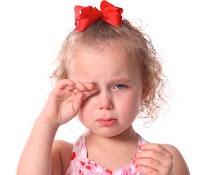 I cried at home. I cried in school. Threaten me with punishment and I dissolved. Hurt my feelings and I was ruined for an entire day. My teachers, at conference time, always told my parents that I was a pretty good student but I cried too much. Once my cousin was visiting from Tennessee and staying at my grandparents' house. I went there with my father to visit. She wanted to visit a former friend down the street so I went with her. When the friend opened the door, they conferred. Then my cousin turned to me and said, "Di, I'm going to have lunch with Carolyn. I'll see you later." And the door closed behind her. I went back to my grandparents' house and began to cry my eyes out, so much that my father made me go home to my mother. Once there, I cried so hard and long my mother finally put me to bed. I could still cry just thinking about the way my cousin dumped me.

I wish I could say I've grown out of crybaby-hood, but lately I've been tearing up during The X Factor. 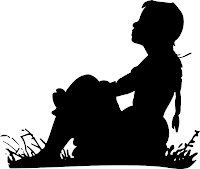 This also got me in trouble in school. Sometimes I was thinking, but sometimes I was just zoning out. It was like a trance. I'd just gaze and not even see what was in front of me. In eighth grade my teacher one day stopped class and disturbed me out of my trance. He said I'd been staring right through him and he'd never been so uncomfortable in his life. Oh dear. When I was in high school, I pretty much trained myself out of doing this in public places. But I still do it, especially if I'm tired or if I'm thinking about something. Sometimes I'm looking for a word or an image for a poem I'm working on.

I'm glad my parents weren't able to knock my dreaming out of me.

Really, I told a lot of fibs. I learned the word prevaricator when my father called me one. I made up a whole bunch of different names for myself and sent off for things by mail and used those names, much to the mortification of my mother when the mailman handed her an envelope addressed to Venus DeVeau. In sixth grade I received a Siamese kitten for my birthday. When I told my classmates, no one believed me! Why not? Because they'd come to know that most of what I told them was invented. Consequently, that day I brought home almost the entire sixth grade so I could prove that I did have a kitten. I then realized that perhaps I'd better stop my prevaricating. If I hadn't, I might still be calling myself Sarah Bessie.

But, for the most part, I did stop. Except in the poems where it's legal to invent.

Now if my parents and teachers and pals noticed my crying, my daydreaming, my lying, why didn't any of them realize that those were really just the early signs of a poet in training?
Posted by Diane Lockward at 3:35 PM

Email ThisBlogThis!Share to TwitterShare to FacebookShare to Pinterest
Labels: Getting the Knack, traits of a poet, William Stafford