The Poet on the Poem: Lee Upton


I'm happy to feature Lee Upton in The Poet on the Poem here at Blogalicious. 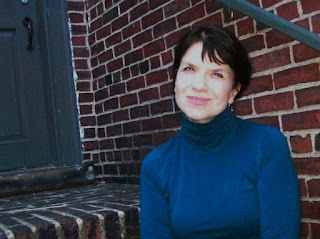 Lee Upton’s sixth collection of poetry, Bottle the Bottles the Bottles the Bottles, recipient of the Open Book Award, appeared in May 2015 from the Cleveland State University Poetry Center. Her poetry has appeared in many publications, including The New Yorker, Atlantic Monthly, The New Republic, Poetry, American Poetry Review, and in editions of Best American Poetry. Her collection of short stories, The Tao of Humiliation, was selected as one of the ”best books of 2014” by Kirkus Reviews, received the BOA Short Fiction Award, was a finalist for the Paterson Prize, and received starred reviews from both Kirkus and Library Journal. She is the author of fourteen books, including the novella The Guide to the Flying Island; the essay collection Swallowing the Sea: On Writing & Ambition Boredom Purity & Secrecy; and four books of literary criticism. She is the Francis A. March Professor of English and Writer-in-Residence at Lafayette College.

The woven reeds, the slats
in the middle of the path—
with the book bag, the shoe,
the empty basket.

Then, the mixed prints in the woods.
Hair shredded on a bush.
Fibers, red and black.
So much for forensics to do,

it wasn’t until well past two
that we found our way
to the end of the path.
There in a cottage

rocked the girl and her family,
sipping tea. Just over their heads
a wolf pelt rippled,
the eyes spinning

in the skinned skull
regarding that domestic economy.
Three generations:
the mother, once out of the story,

now back, with her own daughter,
plus her own mother,
plus two baskets of snacks.
And all of them—that girl and those women—

brimming with so much liberty
none of them even bothered
to turn to the wall and gloat
at that patch of furry kitsch:

Just look at us,
you son of a bitch.


DL: Your poem puts a new spin on the old tale of Little Red Riding Hood. Tell us about the inspiration for this new version. Why a detective story? What is the role of Red Riding Hood’s mother in your poem?

LU: Fairy tales are so incredibly long-lived and mystery-filled that I find myself attracted to drawing from them when I write.  “The Clues” invokes the plot elements of “Little Red Riding Hood” and attempts a transformation of the version of the story that I know best.  I wanted to re-imagine the story, allowing the child to save herself and triumph—without the woodcutter. Here the clues lead to a vision of survival, although there is a murder of sorts: the wolf has been skinned, his pelt pegged to the wall. It’s not enough, by the way, for the girl and her mother and grandmother to skin the wolf; they keep the pelt in view and as such display their own capacity for violence.

“The Clues” speaks—even if with an attempt at humor—to a common wish: to defend one’s self and those we love. At the end of the poem, the detectives come upon the unexpected: three generations of women, un-traumatized, celebrating their victory.    Like any parent the mother must at some point send her child into the world, with warnings, and the child, like many children, will defy those warnings.

DL: I noticed the predominance of soft i sounds. That vowel sound appears in every stanza, usually multiple times. In stanza 1 there’s “in,” “middle,” “with”; in stanza 2 there’s “mixed,” “prints,” “in,” “forensics.” How consciously was this music crafted? What do you think it adds to the poem?

LU: I didn’t think about that specific form of assonance as I wrote, but I realize now—because of your question—that those sounds ushered me to the final word of the poem, and the little explosion of triumph and disgust and joy that occurs there.

I was aware of how insistent sound repetitions were as I wrote the poem, and I did read the poem aloud after I wrote the first draft. Repetitions draw the poem forward, and determined my choices. Most of the poem—its central drama and many of the sound effects— appeared in the initial draft. That’s highly unusual for me; I tend to write many drafts. Subsequent drafts for this poem amounted to adjustments more than full-scale revisions.

LU: The insistent rhyming and assonance underscore for me the poem’s allegiance to the sonic qualities of fairy tales and nursery rhymes, the way repetitive sounds may, depending on context, create an uneasy but almost rollicking atmosphere.    As for that final line: it gave me such happiness. I suppose “bitch” is a word that is problematic; I’m not reclaiming  the word here. The word is used in a defiant, raw way, as a reminder of the power that the girl and the women have claimed for themselves.    It’s difficult not to be preoccupied with violence. A portion of an earlier poem of mine, “Clairvoyance,” reflects on vulnerability and violence—with a different outcome than in “The Clues”:

Fog comes under a door. No.
It’s not fog, it’s smoke.
It’s churning, it’s water.
The noise is on the other side
of a wall, high in the wall.
Now the sound is off.
And then I realize:
I am inside a dream.
A woman is being beaten.
I can reach my hand out
and the world parts.
The dream is nowhere
but the woman is
in every part of the world.

Violence is familiar to us all, and maybe a great many of us live our lives like investigators who expect patterns to be replicated. But the investigative team’s expectation is upended in “The Clues.” The evidence would seem to lead to the discovery of a human corpse. But those clues, for once, have been misread.

DL: Your use of point of view is effective. The poem seemingly begins in objective third person, but in stanza 3 “we” emerges, the first person plural. This voice is that of the investigative team. The last stanza appears to be the words of the three women speaking as one voice. Tell us about these shifts.

LU: With those final words we’re inhabiting both the investigative team members’ minds—their own view of the three females’ perspectives—and the unspoken view of those three females. The girl and her mother and grandmother could have said those final words but “none of them even bothered / to turn to the wall and gloat.” Their disdain allows them to focus on pleasure and to save their words for one another.    The poem emerges from a collective voice, but those final two lines break through the surface of that more distanced, puzzled, fact-bearing voice, and allow us into the minds of the women.

DL: I’m intrigued by the tone of the poem. It’s mysterious and exciting as the clues build up. It’s shocking and humorous at the end of the poem. I also sense some feminist anger there. Was the tone calculated or did it evolve and change organically?

LU: As soon as the final two lines arrived, they surprised me. I believed then the poem was alive—as if those lines ran backward and up through the poem and re-lit all previous lines. The women are brimming with energy, as full human beings not to be tampered with or condescended to. The wolf’s eyes are “spinning” at their boldness; we’re in the world of fairy tales where such things can happen. But if the skinned pelt is a reminder of the courage and cunning of generations of women, the wolf’s living eyes suggest that the wolf is never entirely destroyed.

Thanks so much for these thoughtful questions. Many thanks, too, to Fairy Tale Review, where “The Clues” first appeared.

Posted by Diane Lockward at 12:11 PM No comments: