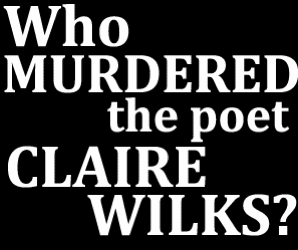 I've just discovered an exciting poetry-video project produced by Rattapallax Productions and directed by Ram Devineni. Susan Brennan is the screenwriter. The cast of actors includes Jon Sands in the starring role, Lamont Steptoe, Bob Holman, Eileen Myles, and others.

According to Brennan, "Verse: A Murder Mystery is about a young bike messenger poet who discovers a lost manuscript and is drawn into the New York City literary world with the only key to an unsolved, 30-year-old murder. Set against backdrops of New York and Berlin, we feature several international poetry legends alongside our amazing cast of actors."

This web-series includes a trailer and 7 episodes, ranging in length from 7-14 minutes. Each episode ends with a cliff-hanger. You get a wonderful tour of NY—its streets, bridges, apartments, and even Poets House. The plot has essential ingredients: mystery, poetry, romance, pot-smoking, sexual intrigue, and the hunt for the missing half of a manuscript. The videography and the music are wonderful. Enjoy! (Each begins with a brief commercial.)

You should be able to click to each episode right from this screen.

Posted by Diane Lockward at 3:12 PM