The Poet on the Poem: Cecilia Woloch

I'm delighted to have Cecilia Woloch for this second The Poet on the Poem feature. Over a year ago I did a Chapbook Spotlight on Cecilia's Narcissus. Since then I have eagerly awaited her latest collection, Carpathia. After reading the collection and loving it, I contacted Cecilia and asked her to participate here. 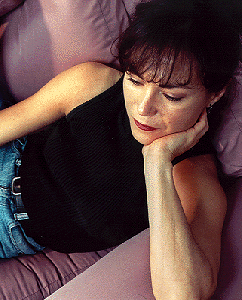 Cecilia Woloch is currently a lecturer in the creative writing program at the University of Southern California. She is also the founding director of The Paris Poetry Workshop. She spends a part of each year traveling, and in recent years has divided her time between Los Angeles, California; Atlanta, Georgia; Shepherdsville, Kentucky; Paris, France; and a small village in the Carpathian mountains of southeastern Poland. Carpathia, her fifth collection of poetry, was recently released by BOA Editions Ltd. Her previous four award-winning collections include Narcissus, winner of the Tupelo Press 2006 Snowbound Series Chapbook Award. 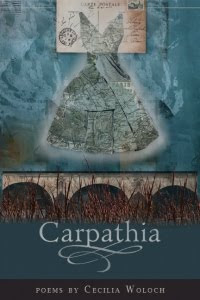 
DL: Your title strikes me as especially well-chosen. How did you arrive at "Blazon"?

CW: This question makes me smile, because I think that I'm very bad at titles and therefore I always just go for the simplest, most obvious and least potentially-embarrassing thing. So a lot of my poems have one-word titles, as do all of my books. I always write something at the top of the page when I start to write, and just put that in parentheses, as a kind of working title, and usually I end up just taking the parentheses away and making that the title. So, in some way, the poem comes with its title—maybe the working title is my semi-conscious "intent" when I begin to write, and thus the most apt thing, after all?

In this case, I wrote "blazon" at the top of the page because I'd given myself an exercise that I'd given to the writers in my Paris Poetry Workshop, and I usually try to do the exercises I assign. So I'd assigned a blazon—a poem of praise for a beloved, from the French tradition, which is a kind of catalog or list poem enumerating the physical attributes of the beloved and using a metaphor to describe each of those attributes. The poem I used as a model was Andre Breton's blazon, "Free Union," which is full of astounding metaphors like, "My woman with her shoulders of champagne." I stole Breton's anaphora and substituted "my love" for "ma femme," and also used "with" to begin some lines, as Breton does. Then I worked from a list of images I'd compiled, mixing them up in different ways and applying them to particular physical attributes of a particular beloved. So the poem evolved from the title, which was the exercise, and since I couldn't come up with another title after the poem was finished, I left it at that.

Another funny thing is that there's a poem in my earlier collection, Late, that's also called "Blazon." Different beloved, different poem. So I can't get too annoyed about Frank O'Hara calling so many of his poems "Poem," though that makes it complicated to find the particular poem I'm looking for when I'm searching the table of contents of his collected poems.

(As a footnote, Wikipedia tells me that "Blason originally comes from a term in French heraldry and means either the codified description of a coat of arms or the coat of arms itself.")

DL: I'm intrigued by your use of punctuation in this poem. You use no periods and commas only internally. Tell us why.

CW: I went back and forth about this, as I'm notoriously particular about grammar and punctuation. But I felt that, since the anaphora came at the beginning of each line on the page, punctuation wasn't necessary, and seemed to just get in the way of the flow of the poem. I capitalized the first word of each line that begins with the anaphora, and that seemed enough to indicate to the reader that a new item was being added to the list.

DL: This poem is structured by anaphora. Lines beginning with "My love" alternate with lines beginning with "With his." Although the lines appear to have spontaneously tumbled out in their current order, I suspect that they didn't. When in your drafting did the anaphora come in? How much rearranging of lines did you do?

CW: Well, the first draft of any poem is always fairly spontaneous, for me; but I did a lot of rearranging, in this case. Lines tumbled out and tumbled around, and other lines came tumbling in and changed the sequence, and other lines ended up being left out because they didn't fit in the sequence, ultimately, or because they didn't seem fresh to me. It's hard to write love poems because the tendency is to swoon, and it's hard to swoon in an original way. So I took my time with this poem; I wasn't in a hurry to finish it. I'd put it away for long periods of time and then come back to it and fiddle around with the metaphors and the sequence. I'm not convinced that I didn't leave out some good things, some of my favorite lines, but you reach a point at which it's time to leave the poem alone. The anaphora was there from the beginning—or rather, both of them were. I fiddled around with how often each anaphora was repeated, because I wanted the rhythm of repetition, but wanted to vary it, too.

DL: You employ a catalog in this poem, a technique used elsewhere in Carpathia. What draws you to the catalog and how do you generate it?

CW: I've read that the catalog, or list, is the oldest "form" of poetry, and that our earliest written documents are lists and catalogs. So maybe it's the most "natural" form of writing? To be honest, I write lists when I can't think of any other way to begin. I like the freedom that the catalog gives us to "leap" from one thing to another, to work by association and subvert our tendency to try to be rational and linear. And I always want to begin writing in a state of unknowing, a state of bewilderment, so that I can let the language itself lead me to some revelation, some discovery, something I hadn't known I knew or thought or felt. And using an anaphora, a repeated word or phrase at the beginning of each line, provides a kind of rhythm, and rhythm can become incantatory, and incantation leads us into another state of mind and being, a state of en-chant-ment, and thus allows for the possibility of magic. I'm always after magic, in poetry, and in love, too, I suppose.

DL: This lovely poem is richly laced with metaphors. Tell us about "hair of nightingales," "his ink-stained tongue," and the stunning "his mouth the deepest flower to which / I have ever put my mouth."

CW: Again, I was doing the exercise I'd assigned to my students in Paris, and the first step of the exercise was to gather a list of images from our surroundings, and then to gather a list of imagery associated with a particular beloved, and then to experiment with mixing them up. So the pigeons and balconies and sky and stairwell and rain and such were gathered from what I was seeing around me in Paris; the hair of nightingales and the ink-stained tongue and the deepest flower of that mouth were things that came to mind when I thought about the physical being of this dark and mysterious and very particular beloved. I think to write an honest and original love poem, it's best to try to be as specific as possible, while allowing the mystery of the "other" into the chemistry of the poem—not vagueness, but mystery. One of my writing mentors, Holly Prado, wrote a book of poems called Specific Mysteries, and I like to keep that phrase in mind when I'm trying to approach a poem.


Bonus: Listen to Garrison Keillor read Fireflies, another of my favorite poems from Carpathia. Keillor featured this poem on August 8, 2009.


***********
Readers, wouldn't it be fun to try your hand at a blazon of your own? Cecilia Woloch used Breton as a model. How about using Woloch as your model? Think of someone or something you love. Brainstorm a catalog of metaphors praising different attributes of the beloved. Use anaphora. Then rearrange the lines.

Feeling contrary today? Then how about an anti-blazon?

Posted by Diane Lockward at 7:30 AM

Email ThisBlogThis!Share to TwitterShare to FacebookShare to Pinterest
Labels: books, Craft, Poet on the Poem