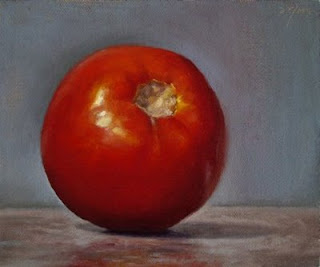 On Saturday, August 15, I had a signing for my book, What Feeds Us, at The Fine Grind, a lovely coffee shop in a nearby town. I didn't know it was lovely as I hadn't been there before, but I did know that it had been voted #1 Coffeehouse in northern New Jersey by NJ Monthly Magazine. I also knew that the shop had recently begun a book signing series called "The Fine Print," so when I heard they were looking for authors, I contacted their events coordinator, Jessica Maarek, and we picked a date.

I went with little expectation of much happening. Middle of August, peak vacation time, temperature in the mid-90's, book close to its third birthday, venue close to home where I figured that anyone who wanted my book already had it. Wrong! We had a nice turnout and I sold a goodly number of books. Met some nice people. The time zipped right along, unlike the last signing I did where I sat and watched the clock.

Two unexpected perks: 1) An invitation to give a reading in the spring at a fairly nearby venue where I haven't read before, and 2) An interview with Diane Lilli, founder of and editor and main reporter for The Jersey Tomato, a new online newspaper. Diane, it turned out, loves poetry and graduated from Emerson where she just missed Tom Lux. She came to the signing and we had a nice conversation. She hopes to begin featuring a poem a week in the newspaper. I love that idea!

The article, A Poetic Feast, was posted in the newspaper on Monday, August 17. It includes my poem "Linguini." (By the way, I wasn't as drunk as I appear to be in that photo. If I was under the influence, it was the influence of poetry.)

This experience once again proves that we writers must take advantage of opportunities that come our way. We never know what other doors might open when we pass through one door.

I was the first poet hosted by The Fine Grind. The owners, Rhonda and Jon Mallek, hope to have more. I applaud the efforts of anyone who is helping to bring more literature into our lives, especially more poetry. To encourage more support for their authors, Rhonda and Jon and Jessica have put up bookcases in a cozy back corner. There they stock books by their visiting authors.

This experience also whet my appetite for a nice Jersey beefsteak tomato, so I went to the farm this morning and bought one that's almost as pretty as the one in the painting above. Also picked up some nice white corn.