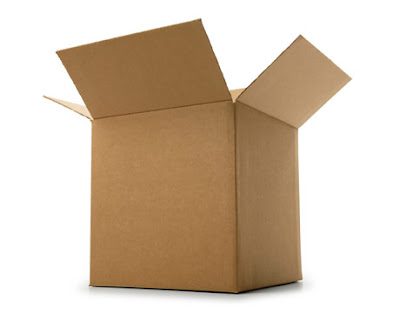 I've heard the prose poem defined as a poem in a box. I have to admit that it's a form I avoided for a long time. I just couldn't bear to give up line breaks. Still, I wanted to expand my repertoire so I kept trying. I achieved a few poems that looked sort of box-like. The lines were long and approximately equal in length. Approximately. Still, not a real prose poem.

Then I read No Boundaries: Prose Poems by 24 American Poets, edited by Ray Gonzalez (Tupelo Press, 2003). In this collection of prose poems, I found many that I liked. And I found, somewhat to my surprise, quite a variety of shapes. Yes, the lines were all justified, but some poems were fatter than others. Some were broken into stanzas. For the first time, I appreciated that the prose poem isn't just about getting a symmetrical shape. I found lots of imagery, lots of figurative language, lots of devices of sound. In other words, lots of craft.

Eventually, as I learned more about the form and kept trying, I did end up with a prose poem. And that one seemed just right for the form. I think that's what I needed all along, a poem that felt like it needed to be stuffed into a box. A union between form and meaning. Nevertheless, while I am still happy with my prose poem, for the most part I remain married to line breaks. But it's an intriguing form, one I hope to use again.

So I was happy to see that the most recent issue of Review Revue is devoted to a consideration of the prose poem. If you don't know this journal, it's one I'd like to recommend to you. It's a tabloid format, admittedly not pretty, but it folds up so easily into pockets and travels well. The journal appears three times a year and is a bargain at $12 a subscription. It's entirely about poetry but contains no poetry. You'll find interviews, lots of book reviews (most of substantial length), and essays. The current issue even has a few cartoons, yes, cartoons about prose poems.

Articles include "History / Influences: The Prose Poem," by Christopher Buckley; "The Prose Poem Is a Form Received," by Alexander Long; and a terrific Q&A with a number of prose poem poets. This last piece ends with Charles Simic's definition of a prose poem as "a dog that talks." Several of the interviewed poets then offer their own metaphors for the prose poem. Here are some of my favorites:
Peter Johnson: "A fly with a social conscience."
Charles Harper Webb: "the duck-billed platypus of poetry"
Nin Andrews: ". . . the prose poem is a penguin. It's a bird that doesn't fly."
Kathi McGookey: "the secret agent of literature"
John Bradley: "The prose poem smells like it needs a shower."

Challenge: Write a prose poem about a box. You decide what's in that box.

Posted by Diane Lockward at 7:11 PM