A Home for Rejected Poems 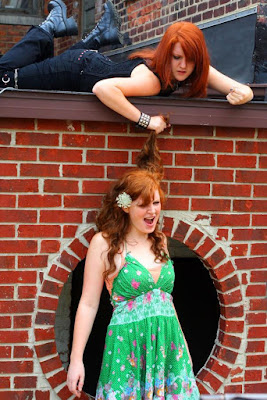 It happens to all of us. Rejection. We send out those poems we slaved over. The ones we like best. That we think are really good. Maybe our best work ever. And then they come back to us like wounded puppies with their tails between their legs.

What shall we do? Give up? No way. Not if you want to get good. If you're a poet, rejection is just part of the game. My rule of thumb for years was: It takes 20 rejections to get an acceptance. Then I could think of each rejection as one step closer to that acceptance. I'm not that patient any longer and I tend to revise after a poem has been turned away half a dozen times. But the rejections still come. One came just today! As if to prove my point. Thanks a lot. You know who you are.

Here's a journal whose editors know that rejection doesn't necessarily mean that a poem is not good: Redheaded Stepchild. The journal bills itself as "a home for poetry that has been rejected elsewhere." They ask that your submission name names, but they do not identify which journal(s) rejected your work. I decided several months ago to give them a try as I liked the journal and found some poems I really liked in the issue I examined. I'm willing to reveal that it was not a major procedure winnowing out which poems to send, to find the few poor souls that had suffered rejection. Most of my poems suffer rejection before finding a home. In fact, it's the rare one that finds a home on its first voyage out.

Don't let rejection get you down or discourage you. Just wrap up those poems and send them out again. The best revenge is getting published in a better journal.

Posted by Diane Lockward at 7:03 PM