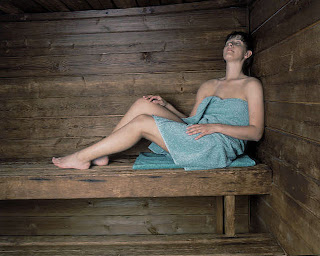 I'm pleased to tell you that my poem, Idiosyncrasies of the Body, has been selected for the 2008 Best of the Net anthology, published online by Sundress Publications. The image above is an enticement to visit my poem.

Editor Erin Elizabeth Smith describes the press's mission as follows: "This project works to promote the diverse and growing collection of voices that are choosing to publish their work online, a venue that still sees little respect from such yearly anthologies as the Pushcart and 'Best American' series. This collection will hopefully help to bring more respect to an innovative and continually expanding medium."

I, for one, am tickled silly to be included along with the other 16 poets and poems selected by Dorianne Laux, this year's judge and one of my favorite poets. The notification of my inclusion came as a complete surprise as I hadn't even known that I'd been nominated. So I skipped that whole period of waiting and hoping and went immediately to the good news part.

The anthology, out late this year, was posted two weeks ago, but I'm just now announcing this news as when the poem first appeared all my carefully deliberated-upon stanza breaks had been omitted and the poem appeared as one long stanza. I notified the editor, but she was out of town and unable to get to a computer. Now the breaks have been restored, and the poem appears as I intended it to appear.

Tell me I'm not the only one who would fuss about missing stanza breaks. To me, they really matter. I think that there's a logic in line breaks; certainly, that was my intention in this poem. Also, as its subject matter is pretty intense, I think those moments of pause are necessary.

Posted by Diane Lockward at 3:37 PM