For the past ten years I have run an event called "Poetry Festival: A Celebration of Literary Journals." The event takes place at my local library and has always included twelve journals and editors. Each editor has invited two poets to read for the journal, so we have had a total of 24 poets reading. After last year's festival, I seriously considered not doing it again. A number of print journals had gone out of business, so it was getting harder and harder to find journals. Also, the turnout seemed to have diminished a bit the past few years. Then one day while debating with myself whether or not I'd do it again, it occurred to me that instead of dropping it perhaps I should revise it. I began to think of ways to revitalize the festival. Before long I came up with a plan that I'm excited about.

I decided to switch the focus from journals to new poetry books. I first compiled a list of poets with new books, poets within reasonable driving distance. The list was fairly long, so I had to make choices. I hate making hard choices, but I did it. Three guy poets and three women poets. All with different presses.

I then planned the structure of the day. Two reading sessions, each with three of the poets, so each one gets to read a decent amount of time. Then I began to think of other activities with which to fill the program. I came up with a bunch of possibilities. I narrowed the list and ended up with one publishers' panel and one creative process discussion. So now I had the event divided into four segments.

I also wanted to include journals as in the past but decided to pare down to eight from twelve so that there would also be table space for the publishers.

I arranged a meeting with my librarian to present this new format and get his endorsement. He was fine with it and agreed that change is a good thing.

Books and journals will be available for sale and signing.

See the website for Schedule and details. Please mark your calendar and plan to join us! 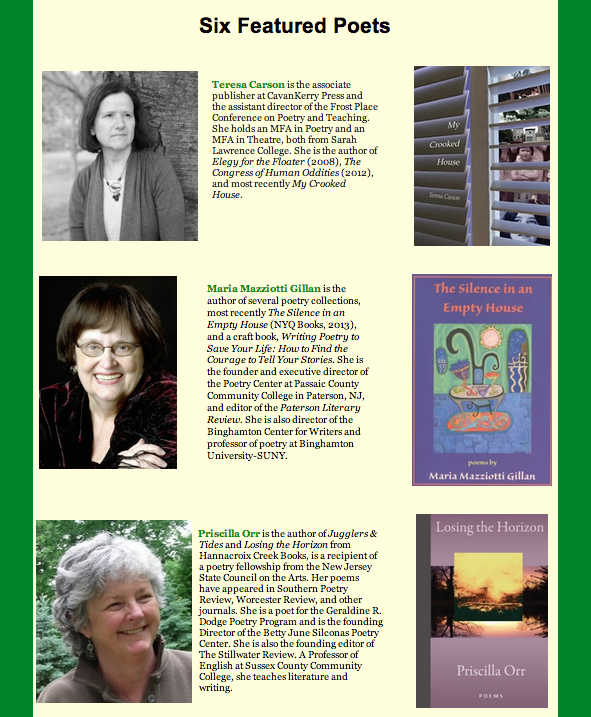 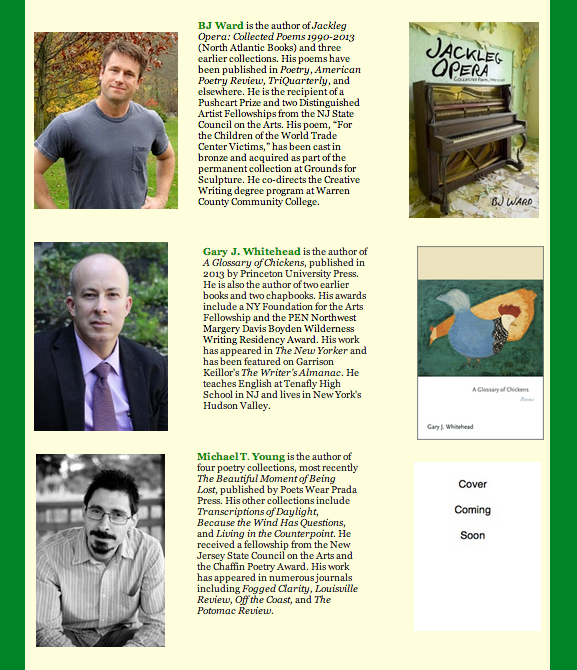 Posted by Diane Lockward at 2:31 PM