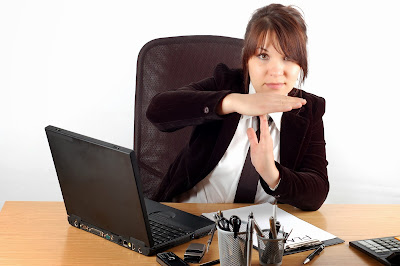 My last blog post, A Few Thoughts about Poetry Book Contests, received a really surprising response. First of all, it attracted close to 1000 visitors and is still getting new readers. It spread all over Facebook where it’s received a bunch of Shares and comments. The comments have been largely positive with most people finding my suggestions helpful and on target. Most, but not all. In fact, a few people took me to task. Such objections as I received were in response to just two of my nine thoughts.

Item #4 elicited some contentious commentary. To refresh your memory, here it is again:

4. Think carefully about your organization. Manuscript construction is so hard, but it really makes a difference. It’s the difference between a bunch of poems and a collection of poems. Keep asking yourself, why am I putting this poem here? that poem there? Can you articulate the reason for each placement? The poems should connect in some way. They should follow each other in a sensible order that still allows for surprises. Find some poet pals to work on this with you.

#4 is the one I think is absurd . . . I've never read a book of poems straight through from beginning to end, and I never will. Lockstep reading is for prose.

Absurd? To suggest that poets pay attention to organization is absurd? Certainly, people are free to read a poetry collection in whatever manner they wish to do so, but not reading from beginning to end results in an incomplete reading. The person who reads that way misses out on one of the pleasures of reading a poetry collection, that is, discovering how the poems relate to each other, how they illuminate each other, how each contributes to the whole. A collection is an artistic arrangement of the poems. Why miss out on that? And if you do want to read that other way, okay, but please don’t suggest that the rest of us are absurd.

If organization doesn’t matter, then you might as well be reading a journal. But even some journals, e.g., Poet Lore, take the time to artistically arrange the poems.

Don’t trust me on the issue of organization? That’s fine. But take a look at this terrific article, On Making the Poetry Manuscript, by Jeffrey Levine, the founder, publisher, and editor-in-chief of Tupelo Press. Levine reads thousands of manuscripts each year and leads the Tupelo Press Writing Conferences in various locations. He knows what he’s talking about.

The first section of Levine’s article is entitled "The art of the manuscript." Yes, art. Here’s his first point:

1) When organizing the manuscript, you aim to create nothing less than a work of art. As Robert Frost famously suggested (in so many words) if there are x number of poems in a book, the book itself is the final poem. You’ll want to think about what your book is “about,” and to include poems that carry those themes, that are somehow related, that “speak” to each other. Also, I find that it’s a good idea to tether poems together that are written more or less in the same creative period, lest they sound as though written by different poets—different versions of you. By this I don’t mean to suggest that a book need be written in any particular time-frame, but rather that the book include poems written during a period (a year, two years, five years, whatever) when your creative strategies have been consistent.

Read the rest of the article for an in-depth discussion on manuscript organization and a list of Nuts and Bolts.

Still not convinced? Then read Thinking Like an Editor: How to Order Your Poetry Manuscript, by April Ossman, former executive director of Alice James Books. This article appeared in Poets & Writers. It begins:

In my experience as a book editor, the biggest mystery to emerging and sometimes even established poets is how to effectively order a poetry manuscript. As a poet working on revising and re-revising my graduate thesis toward book publication, I didn’t have much idea either. Here’s why: Ordering a manuscript requires a different kind of thinking than line editing or revising your poems—a kind of thinking I hadn’t been taught. A poet I work with calls it “the helicopter view,” which I love. I think of ordering as a kind of three-dimensional thinking, as opposed to the two-dimensional thinking (like using tweezers under a microscope) necessary for line editing poems. Ordering requires seeing each poem from a distance, so that all its sides are visible; it also requires seeing the manuscript as a whole, so that you can decide how each poem and its parts might connect with others in a series.

It surprised me to get some negativity directed at my suggestion that organization matters, but it rather stunned me to see the amount of resistance to item #7. Here it is again:

7. Okay, now I’m going to be petty, but it’s time for everyone to know that you put only one space after a period. This has been the convention since word processors came in. When you persist in putting in two spaces, you date yourself as someone who learned how to type on a typewriter. This is especially bothersome in poems since open space denotes a pause. Bigger space, bigger pause. But did you mean to create that pause?

Some of the comments:

Number 7 is ridiculous, I agree.

This was really a helpful piece. (Though I'm stodgy enough to take issue with number 7! Learned to type on a typewriter...and proud of it!)

You're not supposed to put two spaces after a period??? Really???? I guess I do date myself but never realized that rule had changed. It's totally ingrained. I'm doing it right now!!!!!

I’m old enough to have those two spaces hardwired into my thumb, so when I'm through I do a search and replace.
(Good to repair, but why not just retrain that thumb to put in one space? Who's in charge, you or your thumb?)

Is it really true that you only put one space after a period? I don't know about that...
(You doubt it? You think I’m wrong about this? You think I'm making it up? Check any number of style guides.)

I call balderdash on one space after a sentence, too. For one thing, if I didn't want a pause, I wouldn't have used a period. For another, my monographs get 40 rods to the hogshead and that's the way I likes it.
(Balderdash?)

Hmm. I always put two spaces after a period. Does that make me identifiably and interminably old? Does that mean that someone will be all like, "That poet is ancient! I am so not going to take her manuscript! She learned to type on a typewriter!"

This last person, who isn't even old, subsequently added this:

Time to break out the the Depends, Geritol, and Boniva, finish book 5 and get that sucka out there! With spaces. Lots and lots of spaces!
(Mock if you like, but you’re still wrong if you’re using two spaces.)

Still not convinced? Then read this very thorough article posted at Slate, Space Invaders: Why you should never ever use two spaces after a period, by Farhad Manjoo, technology columnist for the Wall Street Journal.

I hope I never get to be that person.

Posted by Diane Lockward at 1:31 PM