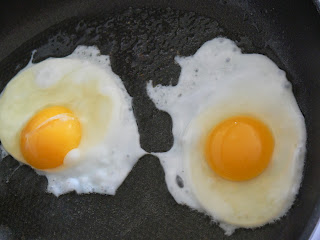 It happens to all of us, poets or otherwise, but more often to poets than to normal people. We get rejected. Someone slams the door in the face of our poems. Someone tells them they don't fit. There's no room at the inn. They're told to try again. They're wished good luck placing themselves elsewhere.

Part of the work of a poet is to put the work out into the world and hope it finds a good home. But before it does, the work usually comes slinking back several times. Nobody likes rejection, but it really shouldn't be a devastating blow. My submission mantra: It takes twenty rejections to get an acceptance. I don't mean of the same poem as I assume that we're all sending out multiple poems and to several different journals. Keeping my mantra in mind, that means that each rejection puts you one step closer to an acceptance.

While I don't like rejection, I generally don't get bummed out by it. There are many good homes out there; I look for another one. Just the other day I was going over my list of submissions. I went back several pages and came across a rejection that, in spite of my mantra, had annoyed me a bit because the editor had asked me to submit—and then rejected all six of the poems I'd sent. I tallied up the fate of those six poems. Here's what it looked like:

Two of the poems were accepted by Ithaca Lit. As a result of that publication, I was invited to be a guest editor for an upcoming issue. That turned out to be a wonderful experience.

Two of the poems were published by Connotation Press. One of those poems, a sestina, was subsequently accepted for a forthcoming anthology, Obsession: Sestinas for the 21st Century, edited by Carolyn Beard Whitlow and Marilyn Krysl, to be published in 2014 by University Press of New England (UPNE).

One of the poems was published by Innisfree Poetry Journal.

The sixth poem appears in the current issue of Rose Red Review and just received a Pushcart Prize nomination.

See what I mean? All six poems found homes elsewhere. Maybe the first editor didn't want or even like them, but some other editors did want and like them. Lesson? You know what the lesson is.

Posted by Diane Lockward at 9:21 AM