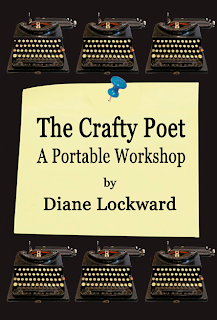 Towards the end of putting the manuscript together, I sent out a call for submissions to all of the subscribers to my Poetry Newsletter. I created a website page with links to all of the past model poems and prompts. I subsequently invited others to join in.

The book contains 27 model poems and prompts. Therefore, I needed 54 sample poems since I wanted two sample poems for each prompt. I wanted sample poems that would illustrate the various possibilities the prompts might suggest.

Before I sent out the call, I was a bit worried that I might not get enough submissions. After all, some of the prompts were from newsletter issues that went back more than two years. However, the spots filled amazingly and gratifyingly fast.

I was thrilled to have all the spots filled within a few weeks. And I was thrilled with the quality of the poems I received. Sadly, there were many poems I had to turn away simply because the spots were already filled.

So here's the list of the 45 fabulous contributors of sample poems:

Posted by Diane Lockward at 9:35 AM

Email ThisBlogThis!Share to TwitterShare to FacebookShare to Pinterest
Labels: contributors, poems and prompts, the crafty poet