Countdown to Publication: Counting No More

Yesterday's sidebar counter said, "It is finally here!" Not quite, but I was nervously awaiting a box of 20 advance copies. My publisher had rush ordered them so that I would have copies for this weekend's Caffe Lena Poetry Festival.

The publication schedule got a bit behind as a devilish margin error had crept in—a tedious, laborious fix, but it had to be done. All in all, I proofed the galleys five times. That was more than with the first two books, but when one error is fixed, sometimes another pops up, so with each new set of galleys, I really needed to carefully read the entire book all over again. I'm glad I did. I spotted an occasional orphan and some faulty indents that resulted from the margin repair. I spotted a word mysteriously missing from a title. In galleys #4 the margins were still messed up. Then they were fixed and all other errors also fixed.

This morning at 9:30 the doorbell rang. As I opened the door, I saw the UPS truck pulling away. There on the porch was this lovely sight. 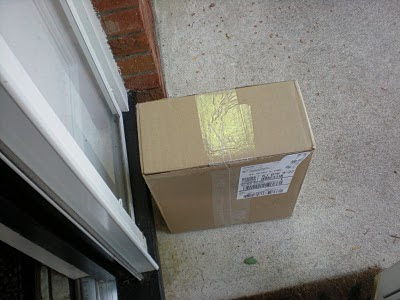 I brought the box into the kitchen and carefully sliced open the top. 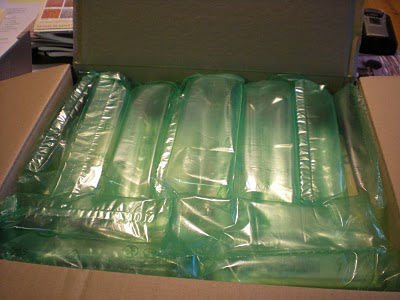 Oh, let them be lovely! 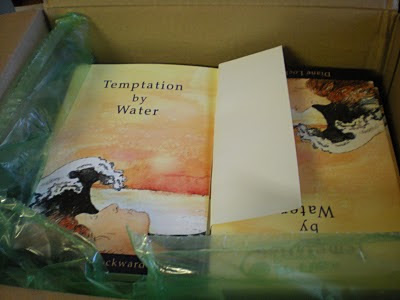 And they are! I hope I'm allowed to say that about my own book, but I could not be happier with the design of this book. I've been through the interior and so far have not spotted any goofs. Since these advance copies were rushed to me, the book isn't yet available, but will be soon. In the meantime, I've got some to take to the festival.

Posted by Diane Lockward at 6:55 PM