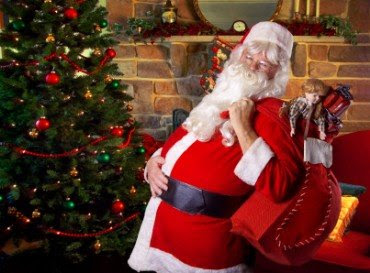 Something I like to revisit each Christmas is the following essay from the New York Sun. My grandmother read it to me many years ago. I've always remembered it. If you don't already know it, I hope you'll enjoy it:

Eight-year-old Virginia O'Hanlon wrote a letter to the editor of New York's Sun, and the quick response was printed as an unsigned editorial September 21, 1897. The work of veteran newsman Francis Pharcellus Church has since become history's most reprinted newspaper editorial, appearing in part or whole in dozens of languages in books, movies, and other editorials, and on posters and stamps.

VIRGINIA, your little friends are wrong. They have been affected by the skepticism of a skeptical age. They do not believe except [what] they see. They think that nothing can be which is not comprehensible by their little minds. All minds, Virginia, whether they be men's or children's, are little. In this great universe of ours man is a mere insect, an ant, in his intellect, as compared with the boundless world about him, as measured by the intelligence capable of grasping the whole of truth and knowledge.

Email ThisBlogThis!Share to TwitterShare to FacebookShare to Pinterest
Labels: tradition