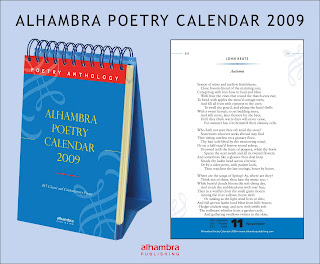 Deborah Landau is the author of Orchidelirium. She directs the Creative Writing Program at NYU.

Cate Marvin is the author of Fragment of the Head of a Queen and World’s Tallest Disaster.

Joshua Mehigan's first book, The Optimist, was one of five finalists for a 2005 Los Angeles Times Book Prize and winner of the Hollis Summers Poetry Prize.

D. Nurske's ninth book, The Border Kingdom, was published by Knopf in 2008. He received a 2007-8 Guggenheim Fellowship in poetry.

Patrick Rosal is the author of two full-length poetry collections, Uprock Headspin Scramble and Dive, which won the Members' Choice Award from the Asian American Writers' Workshop and was a finalist for the organization's literary awards.

Vijay Seshadri’s collections of poems are Wild Kingdom (1996) and The Long Meadow (2004), both from Graywolf Press. He has received grants from the New York Foundation for the Arts, the National Endowment for the Arts, and the Guggenheim Foundation.

Rosanna Warren is the author of Each Leaf Shines Separate, Stained Glass, and Departure. She has won fellowships from the Guggenheim Foundation, ACLS, The Ingram Merrill Foundation, and the Lila Wallace Readers’ Digest Fund. She has also won the Witter Bynner Prize and the Lavan Younger Poets’ Prize. She is Emma MacLachlan Metcalf Professor of the Humanities at Boston University.

John Hennessy is the author of Bridge and Tunnel. He received the 2007-2008 Amy Clampitt Resident Fellowship Award.

Email ThisBlogThis!Share to TwitterShare to FacebookShare to Pinterest
Labels: readings