The Sunday evening reading for the 2009 Alhambra Poetry Calendar went very well. Twelve poets participated, each reading his or her calendar poem and one other. We went in the order of our appearance in the calendar which meant that I went first as I'm January 13. That turned out just fine as after I read I sat back, relaxed, and really enjoyed listening to the other poets. It was a wonderful mixture of voices. This project is the labor of love of Shafiq Naz, who now lives in Belgium but grew up in Pakistan where each school day began with a poem. There's a lesson there for teachers in the US who all too often find that poetry can be safely omitted from the curriculum.

Shafiq began by talking a bit about how the calendar came into existence. He'd gathered poems by a number of poets and at first collected them in a small calendar, not even asking for permission to reprint. Later, he realized that he needed to do that. He was advised to go directly to the poets, rather than to the publishers. I was delighted to hear that I was one of the first poets he contacted the year he published the first English edition of the calendar. I recall that when in 2004 he asked to use my poem, "Vegetable Love," for the 2005 calendar he also asked me to recommend other poets to him. Now he has a list of over 1000 poets. And the calendar is issued in five different languages.

Shafiq said that when he asked a friend who was in publishing if it was possible to become a millionaire in publishing, his friend said, "Absolutely!" Shafiq asked, "How do you do it?" The friend replied, "You begin as a billionaire and before you know it you are a millionaire." 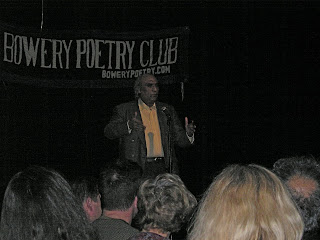 Shafiq welcomes the poets and audience 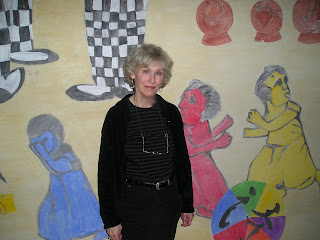 Me (Note to Self: Work on posture!) 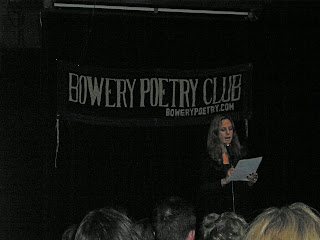 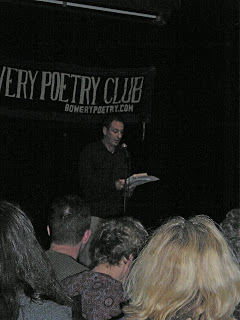 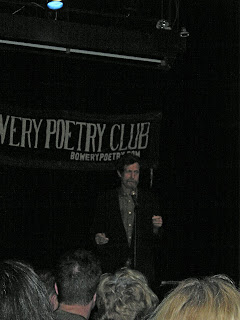 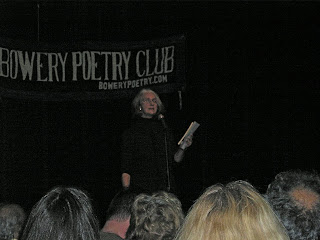 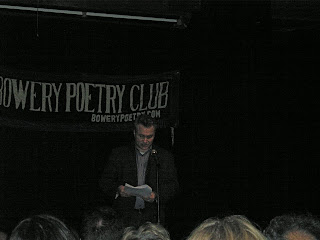 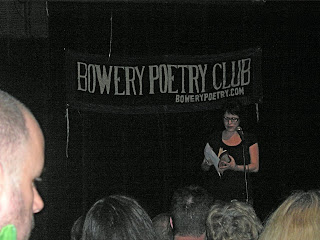 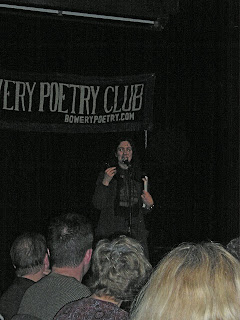 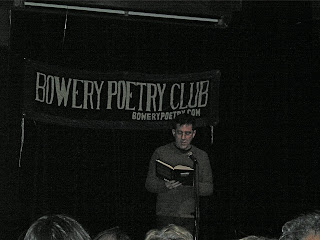 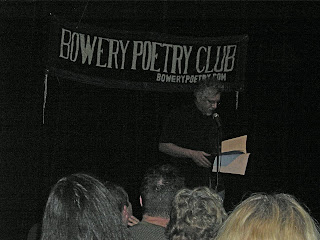 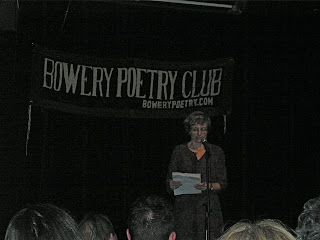 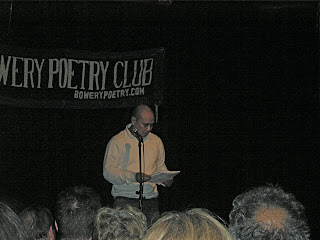 Patrick Rosal
I wish these photos were better, but I was too far from the stage and the room was very dark. Why do batteries in digital cameras die so quickly? Even with specially purchased digital batteries, they are dead after about 30 pictures. Anyone have a cure?

Posted by Diane Lockward at 7:05 AM

Email ThisBlogThis!Share to TwitterShare to FacebookShare to Pinterest
Labels: readings