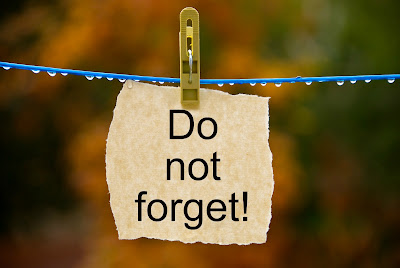 Some years ago I heard a well-known poet say that if you hadn't memorized your poems, you weren't a real poet. I cringed, first of all, because I hate generalized rules like that, and then because I dislike the arrogance such a statement implies. But mostly I cringed because I had not memorized my poems.

Last week I watched a video, The Florida Book Awards 2010 Award Winner Interview with Lola Haskins, in which Haskins is interviewed about her poetry book, Still, the Mountain (Paper Kite Press, 2010). In talking about the organization of the book, Haskins mentions that the poems were written over a span of quite a few years. But when putting them together in a book, she wanted a deliberate organizational plan. Explaining how she came up with her plan, she says, "I know all my poems by heart," so she simply laid out just the titles, not the poems. She didn't need the poems because she had them all memorized. She what?

That amazed me. A more common experience for me is to be looking over my poems and finding one that startles me because I barely remember having written it. When I'm in the midst of making submissions, I review my list of titles and sometimes have to open a poem to remind myself what it's about. When organizing a book, I need titles AND poems.

Knowing that other poets can remember all their poems or even large numbers of them makes me feel somewhat inadequate. Is this a brain deficiency, a gift that others have that wasn't bestowed on me? And those poets at readings who carry no books or papers to the microphone but recite from memory—how do they do it? I rehearse my poems before a reading, so I have some lines memorized which enables me to make eye contact, but I do not have whole poems committed to memory.

Performance poets, especially, seem to have this talent. Taylor Mali and Patricia Smith come to mind. But I'm always a little worried for them. I recall a reading I attended several years ago at which a performance poet got started with his reading, poems safely memorized, then halfway through he just forgot and could not get back on track. It was painful to watch that.

When I have a poem in progress, I usually have it memorized, or close to it, and I love that because it enables me to carry the poem around in my head and work on it when I'm supposed to be doing something else. But once the poem is fully committed to paper, revised and revised, and deemed done, I'm onto the next poem and the previous one falls out of my memory.

I also envy and admire those poets who have memorized large chunks of poems by other poets. Maybe I can get a line or two, but not whole poems. I can put the poem in my memory, but I can't make it stay there forever the way other people can. I love the expression "to know by heart" with its implication of feeling the poem, and I do feel the poem, my own and ones by other poets, but eventually, poof. Gone.

Please tell me that I'm not the only poet who lacks this talent of memorizing poems.