For publication news, I recently had an interview and four poems published in Connotation Press. I like that this journal frequently interviews the poets about their poems. Nice to have a bit of chatter along with the poems. I initially submitted to Connotation because they'd carried a review of Temptation by Water in a previous issue. Therefore, I liked them!

I also have three poems in IthacaLit, a new online journal. This one came from a solicitation to submit by the guest editor who is also poetry editor of another journal where I'd recently had some work accepted. It's so nice to be wanted, isn't it? And don't you hate it when someone solicits your work and then rejects it? Bummer. But the news was all good here. This journal plans to include a limited number of poets in each issue—this one has twelve. There's also a featured poet with an interview. And some very nice artwork as headers. The plan is to each year produce a print issue with some of the poetry and artwork.

Then I recently had two really nice readings. The first was at DelRossi's Trattoria in Dublin, New Hampshire. I'd read there once before, back in 2005. That reading was preceded by eight days of torrential rain. The highway I was on to get up there—I think it was 91—opened up with a sinkhole. I was in the same spot for 4 hours! The whole drive which should have taken little more than 4 hours took more than 10. Once in NH I hit roads I could not traverse due to flooding and found myself on alternate dark, dark roads with no idea where I was going. But I made it. And the next day went to the reading, only to learn that the other poet, who lived in New Hampshire, hadn't been able to make it. There was a decent audience but certainly diminished by weather. So I was delighted to be asked back. Then it turned out that there were all kinds of festivals and other readings the same weekend. I expected to read for an empty room. Not so! Happily, we had a nice turnout of jolly people. I spent two nights in a hotel, enjoyed the fall foliage, indulged in room service, and did a bit of writing.

The second reading was last week for the University Women of West Essex, a local group. This was their fall luncheon meeting so I had a free lunch. Then I read—my presentation was "Poetry and the Lives of Women," a combination of poems and talk about subject and process. Lovely turnout and as these women were all local we had lots of connections. I'm happy to say that both readings resulted in some joy-inducing book sales.

One more piece of news. Remember the chapbook I wrote about almost a year ago? For the Greatest Hits series. It's a long story, but I had long ago concluded that it just wasn't going to happen. It had completely stalled out although I'd sent in my manuscript. Yesterday I learned that the woman who has bought the series is now going to take over the publication of my chapbook at a different press. That's exactly what I wanted to happen.

Perhaps I should have known that luck was on my side when I recently won a Mail Chimp t shirt. Mail Chimp is the email service I use for my Poetry Newsletter (sign up in right sidebar). Every once in a while they have a big giveaway. The day they recently had one I sat in front of the computer for an hour watching the countdown. Then as soon as the giveaway link was posted, I was there. And lucked out! 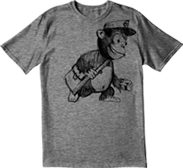 Posted by Diane Lockward at 9:41 AM