This past Saturday I attended the reading for the finalists for the 2010 Paterson Poetry Prize. The first place winner, Sherman Alexie, did not attend. But five of the seven finalists were there to read from their books:
They read in alphabetical order. I snapped some photos, so here they are. 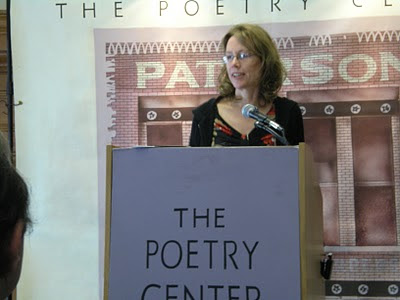 First to read was Nin Andrews who came to NJ from Ohio with her husband. I've known and admired her work for years. I'd already bought and read Southern Comfort and enjoyed hearing the poems read by Nin. I've "known" Nin via her blog and was happy to meet her in person. 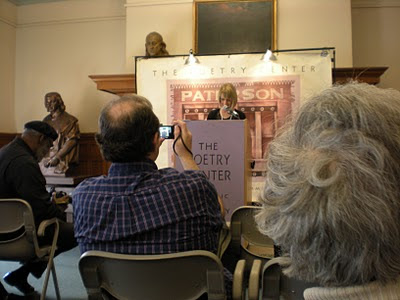 Next was Gail Gerwin. I met Gail in 2008 when she attended a reading I gave at NY Life. We've been friends ever since. She lives in NJ, as do I, and has participated in the Girl Talk event I've run for the past four years. 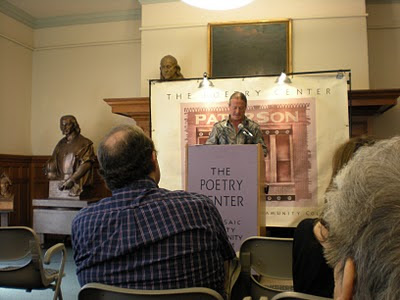 Next was Lowell Jaegar, the lone male reader, who came all the way from Montana. You can't see it in the photo, but he has a braid down his back that reaches his waist. I'd read his work in journals and found I liked it even more when I heard Lowell read. His was the only book I don't already own, but it's on my next book order list. 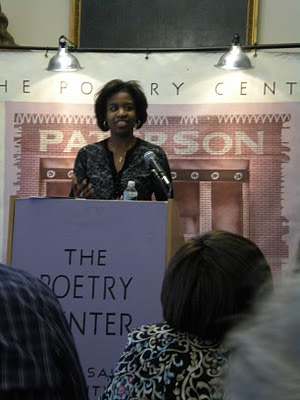 Then came January O'Neil. I've also known January via the blog world and then had the pleasure of meeting her in person at the Dodge Poetry Festival in Newark this past fall. I'd read her book already but had never had the pleasure of hearing her read. 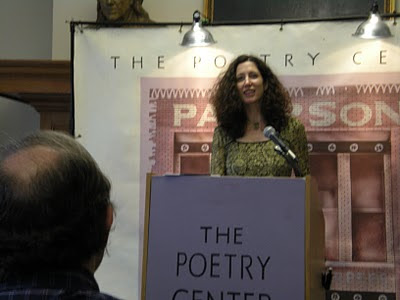 Meg Kearney is a poet I've known for quite a few years. We first met at The Frost Place in New Hampshire. At that time Meg was living in NYC and working for the National Book Foundation. We read together at the Warren County Poetry Festival in 2003, and she later invited me to read for Verse Circus, a series she ran in NY. She is now the Director of the Pine Manor MFA program, and, since taking that position, has moved to New Hampshire. I have all of her books and always love to hear her read. 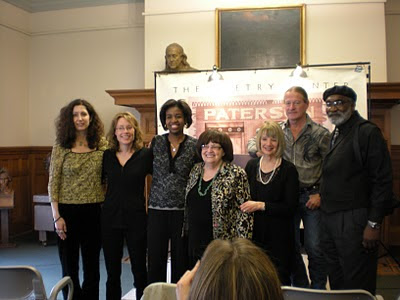 Posted by Diane Lockward at 2:54 PM