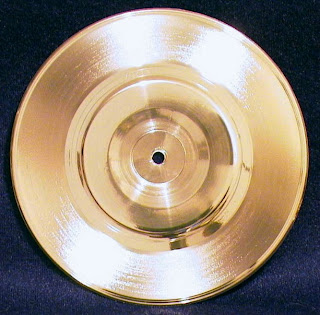 Several months ago I received an invitation to publish a chapbook as part of the Greatest Hits series published by Pudding House Publications in Ohio. According to the information I received, this is an invitational series. A poet is nominated by the last poet who had a chapbook with the press. I won't reveal the name of my kind nominator, but I send him much appreciation. After a nomination is received, then a committee of six determines whether or not to issue the invitation. The series now includes close to 300 chapbooks.

As this invitation arrived right around the same time my new book was coming out, I asked to delay it for several months so I could give my full attention to the new book. Delay granted. I was instructed to select my 12 greatest hit poems, that is, the ones most often requested, most talked about, most well-travelled. That ought to be easy, but wasn't. It was easy enough to select the first 6 or so. The others, not so easy. I'd make a selection and then realize, no, that's one of my favorites, but it hasn't really circulated as much as others. I was instructed not to choose my favorites but my greatest. Then, of course, it's hard to even think of greatness. It seems so arrogant. But eventually I got the poems selected. Don't think I stuck with the original list, however. There was some more hemming and some more hawing. Several changes were made.

Next, I took notes on each poem. Where did it first appear? Where did it go from there? I did this note-taking as I also had to write an introduction to the collection. This essay was supposed to trace the lives of the poems in chronological order. I delayed and delayed. And so many other things intervened, other writing projects that had deadlines. But finally a few weeks ago, I took charge of myself and sat down to do it. I decided I'd do one poem a night. But once I got underway I ended up doing 3 or 4 each night, so it was done rather quickly once I got started. The challenge was to make the essay comprehensive and interesting and, at the same time, manage not to sound like a obnoxious braggart. Then, of course, several rounds of revision.

Next came the Acknowledgments page and the Contents and assembling the entire chapbook into one file. I sent it off last week to the publisher, and she's let me know that she's already working on it and plans to have it for AWP.

I will have no involvement in the cover design as all covers are the same—gold card stock with a black border. Likewise, all titles are the same: Greatest Hits, followed by dates and the poet's name.

More details as the chapbook moves along.
Posted by Diane Lockward at 8:56 AM