The Poet on the Poem: Jan Beatty

I had the pleasure of hearing Jan Beatty read at the 2008 Geraldine R. Dodge Poetry Festival. I was captivated by the sound of her voice and the contrast between the softness of her voice and the tough subject matter she deals with in her poems. After reading her book, Red Sugar, I contacted her and am happy to say that she agreed to discuss one of her poems here. 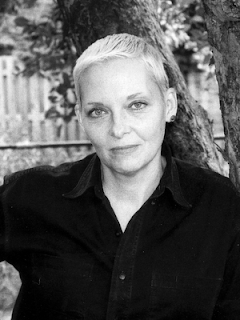 Jan Beatty’s third book, Red Sugar, was published by the University of Pittsburgh Press in Spring, 2008. Red Sugar was named a finalist for the Paterson Poetry Prize. Jan is also the author of Boneshaker (2002) and Mad River, winner of the 1994 Agnes Lynch Starrett Prize, both from the University of Pittsburgh Press. Her chapbook, Ravenous, won the 1995 State Street Chapbook Prize. She has worked in maximum-security prisons, was a welfare caseworker and an abortion counselor, and waitressed in jazz clubs and dive bars for fifteen years. Her poetry has appeared in journals such as Quarterly West, Gulf Coast, Indiana Review, and Court Green, and in anthologies published by Oxford University Press, University of Illinois Press, and University of Iowa Press. Awards include the $15,000 Creative Achievement Award in Literature from the Heinz Foundation, the Pablo Neruda Prize for Poetry, and two fellowships from the Pennsylvania Council on the Arts. For the past fifteen years, she has hosted and produced Prosody, a public radio show on NPR-affiliate WYEP-FM featuring the work of national writers. Beatty directs the creative writing program at Carlow University, where she runs the Madwomen in the Attic writing workshops and teaches in the MFA program. 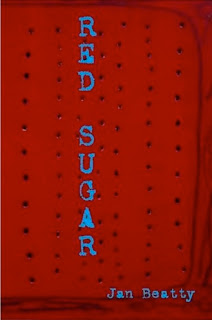 a guy in a john deere hat tells the reporter: he was quiet,
a good neighbor. he took good care of his yard. then we see his body,
sunken in on itself. hair hanging down. feet lurching inches at a time

in shackles. sometimes I look at people and think: I can feel the blade
of your little machinery. turning inside you from some generator.
cutting you off from yourself. no trace of the older couple down the street,

their bodies he sliced to bits. up the cement ramp to the county jail,
he looks down. pieces of skin still under his fingernails but nothing
we can see. I think: look at his undiscovered cities. the buildings rising

in him and their fierce armies. you can't tell how he packaged them
in 6-inch squares, to be sent through the mail. christmas presents
to the family. now the woman next door: he made good potato salad.

brought it to church functions. standing in her yard, she looks down.
imagines his big hands in the dark blades of her grass/sees him cutting
the vegetables next to her daughter in the social hall. newly afraid,

she looks out into the camera: this is a good neighborhood. nothing
like this ever happens here. if someone strays from themselves,
does it turn the good in them to dust? here's what I know: we don't want

any trouble. what if he was split off from all kindness from the beginning?
I think: you are all little frankensteins: all little broken-down machines.
you put your head down. one foot in front of the other. lurching.

DL: There's a grisly story in this poem, a neighborhood shattered by an act of violence. There are also some odd moments of something like tenderness—the potato salad and "his undiscovered cities. the buildings rising in him. . ." How much is fact? how much invention?

JB: That's a hard question to answer. The entire poem is sort of a composite of real things that happened over time, but not as one event. So—the events did happen, in a sense, but not in any logical, grounded way. And yes, there is some invention in the making of the composite, and I have taken some liberties with some details. The reference to the "potato salad" was a sarcastic moment in the poem, referring to the moment on the news when the neighbor seems to be clueless, offering proof of goodness based on someone's cooking ability. The "undiscovered cities" is a moment of compassion and wondering in the poem.

DL: This poem reminds me of a braid. The way you weave together voices and perspectives both complicates and enriches the poem. The reader has to pay careful attention and do some work to keep track of who's speaking or whose thoughts we're hearing. How do you strike the balance between clarity and complication?

JB: I do intend for the reader to have to keep track of these voices and thoughts. I think that there are enough connections in the poem to do that, and in that connecting, I was hoping to spark moments of unexpected misunderstandings and wanderings of thought. It's not so essential to me that the reader "get" what I was intending, in terms of meaning, but that he/she is moved or affected by the poem. I do, though, want enough clarity to find a reading, to arrive at a kind of sense. I'm not interested in creating a poem that is intentionally opaque or misleading.

JB: This poem lived through many drafts—I don't remember how many, but more than ten. It initially was not in tercets, was not lower case, had a different title, was more traditionally narrative. The poets Judith Vollmer and Peter Oresick worked with me on an early draft of the poem. The poem needed to get tougher and less compassionate than it originally was—it needed more of an edge. I was formerly a social worker, and I worked and taught in prisons. Some of that experience goes into this poem as the poem straddles moments of toughness and tenderness.

DL: You use four stylistic devices that intrigue me. Could you comment on each of the following:

JB: I think because of the "stray" voice speaking the poem, the stray voices that respond as neighbors, the stray voices inside all of us, I wanted to have the lower-case throughout the poem to support that feeling of a floating voice. Also, the lower case supports the movement of the poem through open stanzas, and prevents any visual distractions during that movement.

I used the colons to support the reporting voice in the poem, to move abruptly from voice to voice, as in, "...now the woman next door: ..." The colon allows me to announce her appearance and to have her speak quickly in the poem. It is a bit rougher than a comma, which is want I wanted, to go along with the tone of the poem.

I used the italics to denote speech and internal thought. Usually, I would make a distinction in a poem between how those two are handled—for example, using quotes for speech, italics for unspoken thought. But, in this poem, I wanted the unspoken and spoken to meet, to sort of speak to each other. The poem is
addressing what is said and isn't said, and for that reason, I wanted them to appear with the same notation.

. . . . . d. the slash mark in stanza 5 (grass/sees), a device you use only once in this poem but more liberally elsewhere

I used the slash at that place because it's a pivotal moment in the poem. Prior to that, we see a "blade" in stanza 2, a "sliced" in stanza 3, and by the time we get to that moment in stanza 5 when the woman envisions this man's hands in "blades of grass," the emotional weight of those words has grown. It's at that moment that we as readers witness her uncomfortable realization that rushes on her: she knows this man, she starts to panic, to imagine his hands in the "blades," and then she jumps quickly to "him cutting the vegetables next to her daughter." It's at that moment when the terror sets in, when it gets personal, and she starts to question her position. So, the slash between the "grass/sees" enables that jump, that shift, and vaults the reader and the language ahead to the moment of change.

DL: I'm also intrigued by the voice and tone of this poem. What is the speaker's relationship to the other characters? Is she one of them or separate from them? Why does she conclude "you are all little frankensteins: all little broken-down machines"?

JB: She is one of them, and she is separate from them. She understands them, yet she reports on them. She witnesses the walk and the talk, and at the end, she is still all of them, raising questions and making statements. She is asking for compassion in, "what if he was split off from all kindness from the beginning?" She is splitting off from "them" as she says: "you are all little frankensteins..." I guess that's the point of the poem—how and where do we locate ourselves in relation to the "other"? Don't we all stray? How does that process of locating shift? Then who are we, really? The questions are posed, not answered.

****************
Readers, Jan has given us much to think about here. I know I'll be thinking more deeply about punctuation and how its careful use can convey information and emotion.

Posted by Diane Lockward at 7:28 AM