The Blurbification of Poetry Books 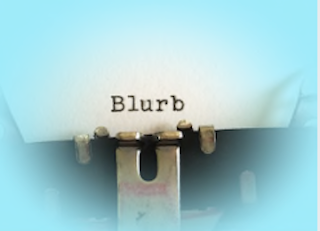 Back in April of 2012, I wrote a post called "The Fine Art of the Blurb." I'm going to reproduce that post here as it remains relevant and then add some new thoughts:

The Parnassus blog recently posted a piece entitled The Trouble with Blurbs. The writers lament the often sad state of the blurb.

The post begins with an example of a good blurb: “'This is just the book to give your sister—if she’s a loud, dirty, boozy girl.' Thus spake Dylan Thomas on Flann O’Brien’s novel, At Swim-Two-Birds. And they are fighting words, indeed—an author would be hard-pressed to find a better endorsement for her book jacket."

Absolutely. I already want to read that book though I've never heard of it or Flann O'Brien. I suspect that even if I hadn't heard of Dylan Thomas I'd still want to read the book.

That example, however, is not typical of blurbs being written lately, according to the members of the Parnassus staff who have noticed a trend in blurb-writing towards "the vague, the hyperbolic, the flat-out useless."

Editors cite the too often found use of bothersome words such as "luminous" and its variations. I'd like to add "transcendent" as an equally prevalent and annoying adjective.

The staff also slams the abundant citing of contrasts found in the collection being blurbed. That bothers me less than the use of phony words. For me, one of the marks of a strong collection is its ability to embrace opposites, but I agree that vague terms such as "dark, yet playful" should be replaced by more specific ones.

The staff's third beef: Too often, poetry collections are blurbed as “important,” “necessary,” or “urgently-needed.” Oh brother, I could not agree more. I am so sick of seeing collections described as "urgent" and / or "necessary." What the heck do those words even mean when applied to poetry?

I like blurbs that tell me something specific about the collection, something that will let me know if it's for me or not. I intensely dislike generic blurbs that could have been pasted onto the back of any number of books and give no evidence that the blurber even read the book being blurbed.

I also dislike hyperbolic blurbs. For example, I had to guffaw a bit when I recently read a blurb for a first book of poetry. The blurber described the poet as "a major American voice." How could the poet of a first book already be major? I can't trust a blurb that overdoes it with the praise.

Here's my own complaint: The blurb-hungry poet who asks half a dozen or more poets to write a blurb and then plasters them all over the back cover. This always strikes me as gluttonous and egomaniacal. It is also an imposition on the time of too many people, all of whom must spend several hours reading the manuscript and then writing the blurb. Unless, of course, they dip into their bag of generic blurbs.

*************
When I wrote that post, I was writing as a poet who several times had had to ask for blurbs and several times had been asked to provide a blurb. That was four years before I started Terrapin Books. Now I'm considering the blurb as a publisher as well as a poet and former blurber.

My typical poet at Terrapin kind of dreads asking for blurbs. It often feels like an imposition. Also, if the poet has published several books already, she may be running out of potential blurbers. That's not fatal. A few of my poets have contacted poets they knew very well but only through their books. Each of these blurb-seeking poets contacted a poet he admired, expressed his admiration and familiarity with the potential blurber's work, and made his request. Sometimes the answer was no, but more often it was yes. So while it may be preferable and more successful to make requests of poets you have met, it's not absolutely essential. A few of my poets have also chosen to use two blurbs and then excerpts from reviews of earlier books. That works very nicely, but, of course, you have to have earlier books along with some reviews.

I always advise my poets not to be overly bashful when asking for a blurb. The request is a compliment. If the person agrees to do the blurb, her words and her name will be on the back of your book and on the website of the press. The blurb and blurber's name will also most likely appear on Amazon and other online sites. In other words, it's some nice exposure for the blurbing poet. Now, of course, some people don't need the exposure and some legitimately don't have the time to do a blurb, so you might get a no to your request. Don't take it personally. Just ask the next person on your list.

I still favor no more than three blurbs and limit my Terrapin poets to no more than three. Don't be a hog and overburden too many nice poets. Then give your blurbers a reasonable amount of time to read your manuscript and write the blurb. I've found that one month works well for most people. If a blurber needs more time, I can usually give it. But here's a hard truth: most blurbers do the blurb just before it's due, whether that's three months or one.

I also want to mention one kind of blurb I see quite often and don't care for. That's the one that's a collage of snippets of quotations taken from the poems and stitched together into sentences. These always strike me as lazy blurbs and usually don't make a lot of sense. So if you're a blurber, please restrict yourself to a maximum of two quotations per blurb.

For the poet who has been the recipient of blurbs, be sure to send each blurber a complimentary copy of your book. And don't ever, ever ask a blurber to buy your book! That is just really bad manners.

The blurb is a frequent anxiety-laden topic of discussion on Facebook. Some people have made alternative suggestions, e.g., putting a poem on the back cover. That's a cool idea, but for now most publishers want you to obtain blurbs. So just go about it sensibly and trust that it will work out. Then later when some other poet with a new book coming out asks you to write a blurb, remember the poets who said yes to you and say yes to the poet who now asks you to do a blurb.