Last weekend I attended the Geraldine R. Dodge Poetry Festival. I not only attended, I also worked there. One of my assignments was to introduce Billy Collins at his craft talk on Saturday morning. This was held in the gymnasium of the North Star Academy, one of several charter schools in Newark. The room was packed. 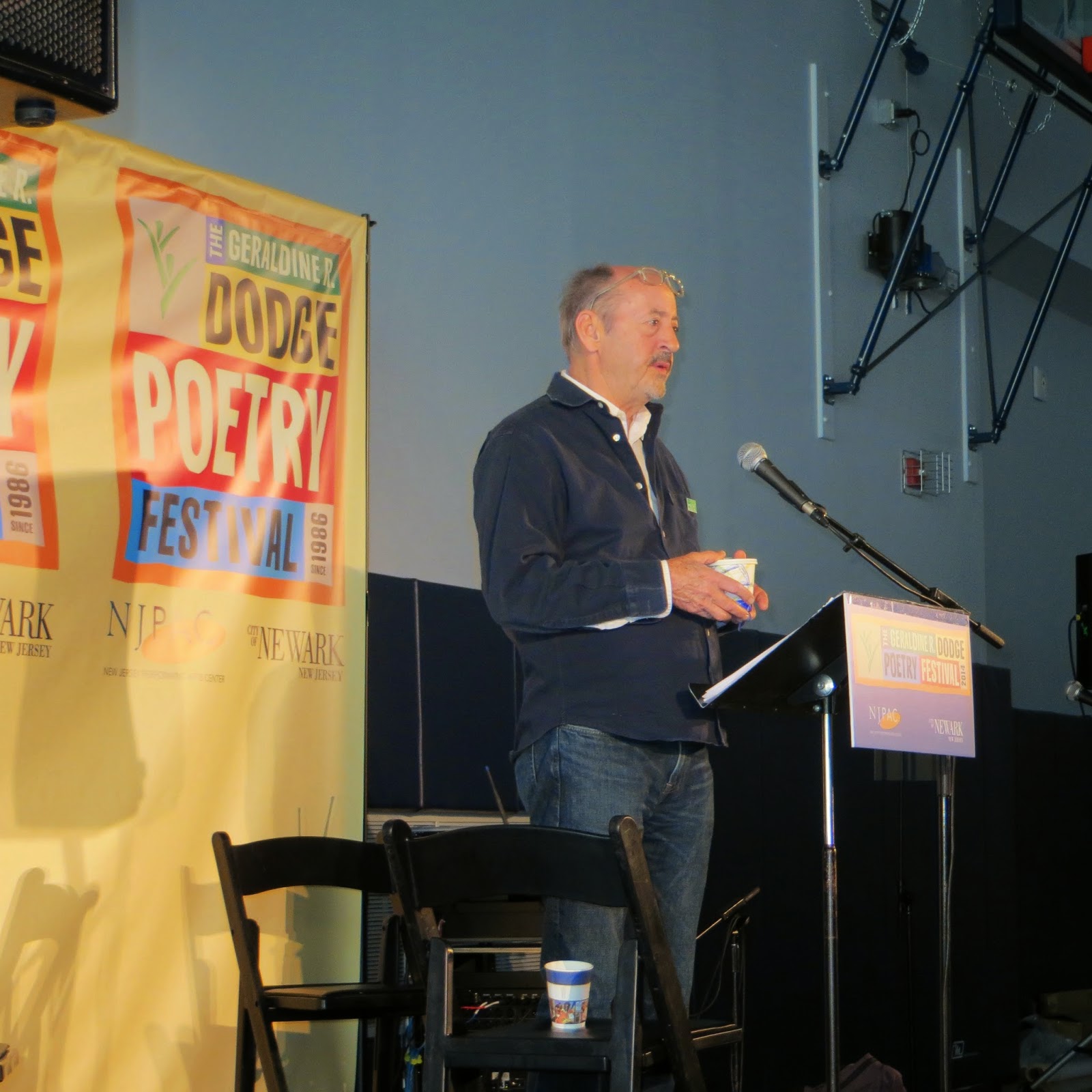 Collins began his talk with some thoughts about what poetry is. He offered the following:
“musical thought”—Thomas Carlisle
“emotion set to rhythm”—Thomas hardy
“meaning that moves”—Muriel Rukeyser

He then added that poetry is “all about the love of strangers.” And he asked, "How do you get strangers interested in your internal life”? He offered two ways:
1. Lies
2. Application of form—give formal pleasure to the reader

To the earlier definitions, he added, “Poetry is a mixture of the clear and the mysterious.” It is a “home for ambiguity.” I love that last part.

When Collins began to talk about deal breakers, i.e., what makes him stop reading a poem, the talk had the ring of familiarity. I recalled that some of his thoughts had been included in an essay entitled “My Grandfather’s Tackle Box: The Limits of Memory-Driven Poetry,” published in Poetry, August 2001. Then I googled a bit and was reminded that he’d also discussed his deal breakers in his Introduction to the Best American Poetry 2006, an issue for which he’d served as Guest Editor. Excerpts from that essay, “75 Needles in the Haystack of Poetry,” appear here.

I’ll include one excerpt here:
“The word ‘cicada,’ for example, stops me in my tracks. Sorry, I simply cannot continue. Poems consisting largely of memories tend to leave me unfurled, particularly memories of family members—parents, grandparents, especially ones referred to as ‘Dad,’ ‘Mom,’ ‘Grandpa,’ and ‘Grannie.’ The same goes for poems that seem obsessed with some object associated with a dead person: Grandpa’s tool box, Mom’s ironing board, Dad’s fishing rod, and the like.  . . . Too many poems seemed content to convey an experience followed by a reaction to it without factoring in the reader’s presumed indifference to the inner lives of strangers.” 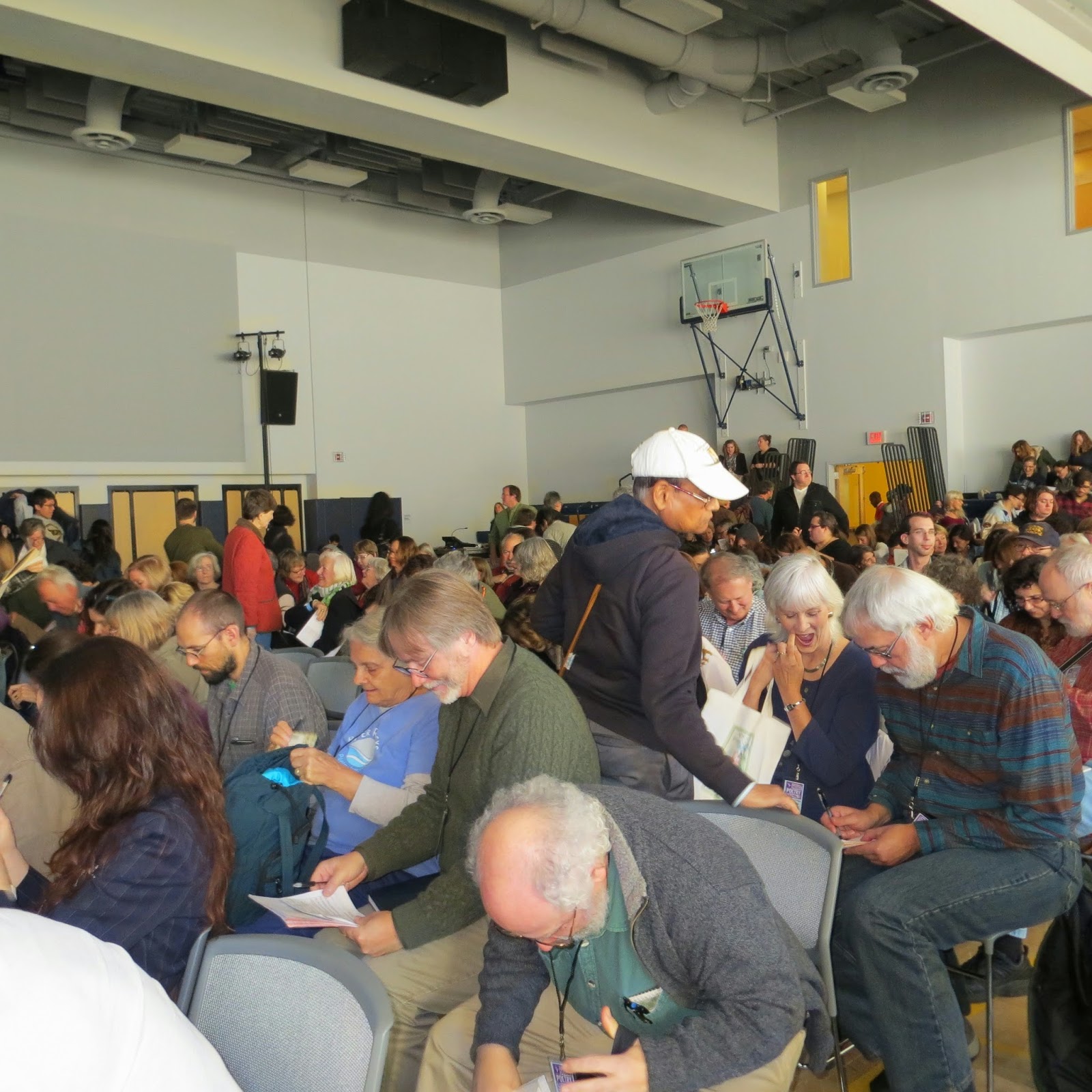 The talk was followed by a Q&A. Someone asked about prose poetry. Collins described it as “an opportunity to write poetry and prose badly at the same time.” Funny, yes, but I’m sure that raised a few hackles in the room. It’s one thing to say you don’t care for it or you don’t choose to write it, but to dismiss it altogether struck me as too firmly opinionated. Collins elaborated by saying that he values the line, that each one adds something to the poem, “And once you give up the line, you can’t use the word poetry.”

Someone else asked about performance poetry and it quickly became clear that that’s not Billy’s cup of tea either. He feels that the delivery is too emotional and that the performer does what the poem should be doing.

Now I need to get out my current manuscript. I think I have a poem in it that mentions a cicada.

Posted by Diane Lockward at 3:12 PM