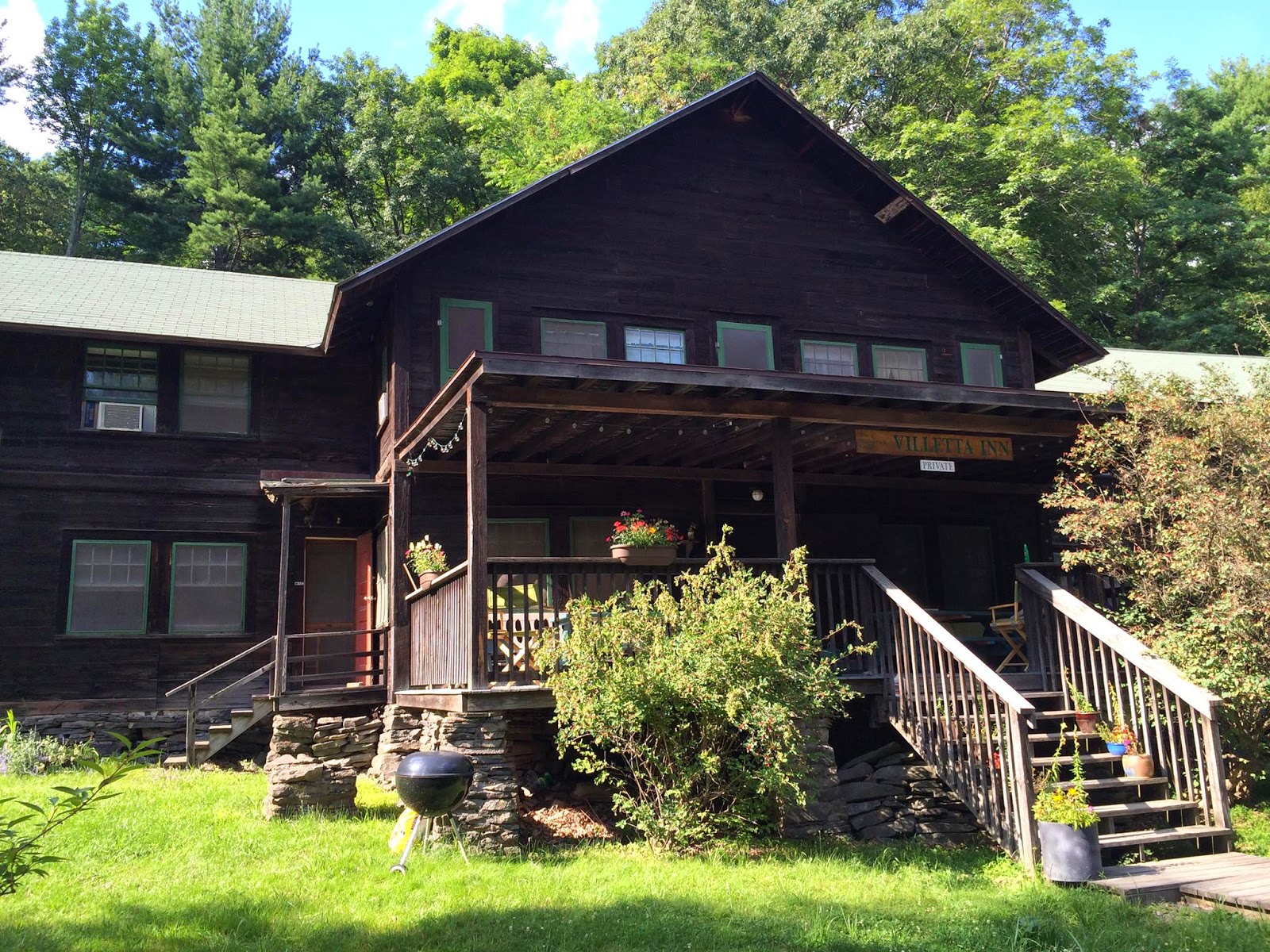 Last week I did something I haven't done in a long time. I went to a writers' retreat. I indulged myself and nurtured my writing. I mingled with other poets. I was not interrupted by laundry, the phone, the need to prepare meals, appointments on the calendar, or any of the other things that break up our concentration and demand our time.

I decided some months ago that it was time to begin putting together a new manuscript of poems and that I needed uninterrupted time to do that. I have plenty of time at home; what I don't have is uninterrupted time. So I signed up for the Mayapple Writers' Retreat in Woodstock, NY. This program is run by Judith Kerman who also runs Mayapple Press, a fine small poetry press. Judy began this program in Michigan in 2003 as the Rustbelt Writers' Retreat. In 2012 when she moved to Woodstock, she brought the program with her and renamed it to reflect the new location.

What distinguishes this program from others is that there is no faculty. The participants cooperatively run their own workshops which are kept very small. (The largest group this year was four.) Participants must have an MFA or comparable degree and publication credits. This is not a program for beginners. Because there is no faculty, the cost is significantly less than for other programs.

Participants can stay at the Villetta Inn, pictured above, in single rooms. There's a large kitchen where residents can store food and do their own food preparation. The workshops are also held at the Inn. The town of Woodstock is a short drive away. I elected to stay at the Woodstock Inn on the Millstream, about a 7-minute drive away. My room was small but nice and very clean and blissfully quiet. What I liked best was that I could walk to the village green where all the shops are. The inn offered a continental breakfast. I found a nifty place called Bread Alone where I could get homemade soup for lunch and a sandwich for dinner. Toss in a few pastries.

We all arrived at the Villetta Inn late Tuesday afternoon, got acquainted, and then had a delicious catered dinner at the Inn. Workshops were held each morning from 10:00 to 12:30, Wednesday thru Sunday. There was one CNF group, three manuscript groups (each with just 3 participants), and one individual poems group (4 participants). Given that I went because I want to put together a manuscript, it would have made sense for me to have been in a manuscript group, but no could do as that manuscript has yet to be assembled. Also, I had a bunch of poems, all pretty new, that I wanted feedback on so I could decide if they were book-worthy. We got through three poems each at each day's workshop, so that was very useful.

After each workshop I returned to my room, walked to the green, got some lunch and dinner (for later), then returned to my room. One day I had a terrific lunch date with Arkansas poet Wendy Taylor Carslisle at a local restaurant.

Once back at my room, I did some revisions and began work on the manuscript. That is such hard work! I mapped out themes and motifs, pulled some poems that didn't fit, questioned others. Separated the poems into groups by theme. Though I won't use a thematic arrangement, my separation approach helps me to see what I'm working with and suggests how I might work with constellations of themes. So the project is nowhere near done, but it's underway.

Each evening there was a reading for four participants. Mine was on Friday which happened to be the night we had a group dinner at New World Cooking, a nearby restaurant. This was included in our program fee and was very nice.

After Sunday's workshop I headed home. I was reminded once again how essential it is to set aside time for concentrated work on our poetry. If you can't make the time, you need to take the time, by force if necessary. I'm glad I did. Now my goal is to beat that manuscript into submission.