Recently I treated myself to a poetry workshop. That's something I haven't done for quite a few years, but I'd been feeling sort of frustrated by my lack of productivity. I suspected that the stimulation of getting away and being part of a group might be just what I needed. I was right. It's now more than a week later and I still feel charged up.

I took the "Two-Day Revision Intensive" with Baron Wormser, a poet I first met at the Frost Place. He has been a mentor to me and an inspiration and a pal. I consider him not only a terrific poet but also an amazing teacher and workshop leader. The workshop was held at the Barred Owl Retreat in Worcester, Massachusetts. The place is owned by Jessica Bane Robert and her husband who purchased it with the idea of turning it into a haven for writers. What a great job they've done in accomplishing that goal. There are several rooms available for participants who choose to stay at the inn. I stayed at a nearby Marriott Courtyard, but was given a tour of the inn's rooms and found them very comfortable and spotless. More rooms are being added. The kitchen downstairs is gorgeous and newly renovated as are the dining room and living room. Most spectacular is the greenhouse room where we gathered both days. What a perfect spot that is! The grounds, too, are beautiful with lots of shrubs, trees, and even a large pond in the back of the house.

Our group of six women poets convened at 8:30 on Saturday morning. A delightful breakfast was available in the dining room along with an endless supply of coffee and tea. We introduced ourselves by each reading one finished poem. Then Baron talked for a while. As he did so, I took down names of poets whose work I need to re-visit—Emily Dickinson, Elizabeth Bishop, Sylvia Plath, Rilke (Letters to a Young Poet), Walter Sutton (American Free Verse—already ordered and in my hands), Denise Levertov on free verse.

Then we went around the circle taking turns with our poems for revision. The critiques were truly intensive. One thing I really admire about the way Baron does a workshop is that I didn't just sit there waiting for my turn. Instead, I learned something from the comments that were made about other people's poems. We got through one round of poems in the morning, broke for a fabulous lunch, then moved on to the second round. I brought two poems which a few months ago I'd thought were finished, but which had come back each time I'd submitted them. So it had occurred to me that perhaps they weren't finished. When I learned for sure that they weren't, I wasn't discouraged but invigorated and excited about new possibilities.

We worked until 5:30 but were sustained by the delicious goodies Jessica baked for us. We then all went out to dinner together. I returned to my room around 8:30. I would not have thought I could put in such a long day, but I didn't even feel knocked out. In fact, I got right to work on some revisions. I can't remember when I last went twelve hours without checking my email!

The next morning we met at the inn at 8:30. We each found a quiet corner, set up our laptops, and worked on revisions. Again, I surprised myself as I wouldn't have thought I could revise with the clock ticking down, but I did. Baron had suggested that I make my first poem twice as long, so I really pushed it. Not everything I came up with will be retained, but I arrived at some lines and images that gave me pleasure. We gathered again at 10:30 and went over the revisions. Only one of us was able to get revisions for both poems—and that wasn't me. Again, we gave and received good feedback. Nobody yet had a finished poem but everyone went home fired up for the next revision.

Baron had asked us each to bring one extra poem in case we had time, which we did. We spent Sunday afternoon on those poems. We then hugged and parted around 4:00. I stayed over that night rather than make the 4-hour drive home after a long two days. So I had some more time to revise. And that's what I've been doing all week. If you're looking for a place to attend or give a workshop, I heartily recommend the Barred Owl Retreat. 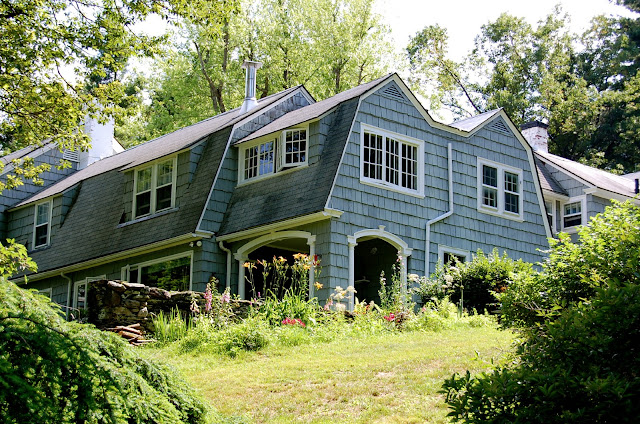 Barred Owl Retreat from the outside 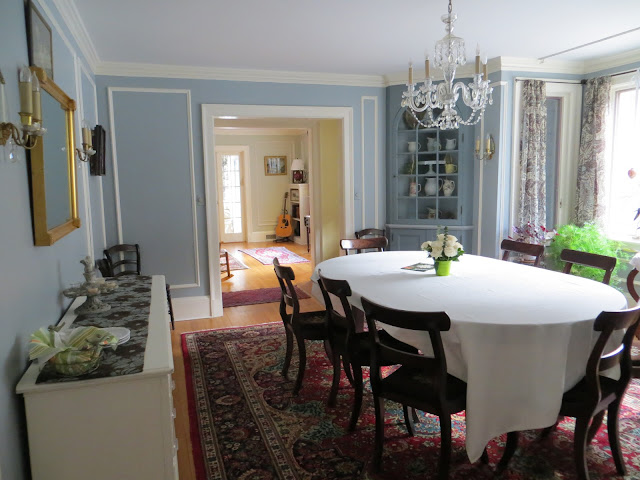 Dining Room where breakfast was served 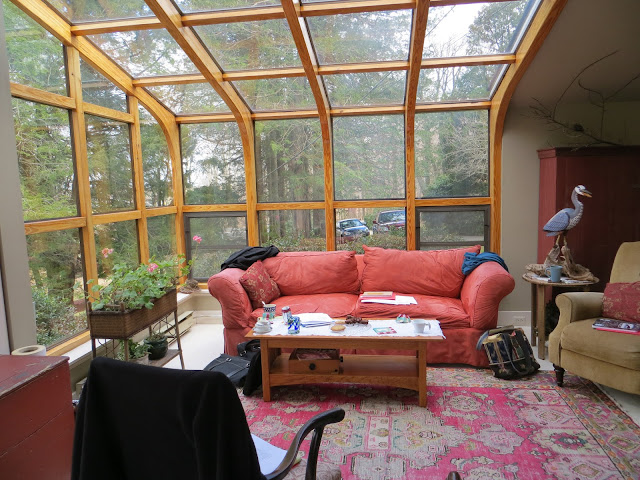 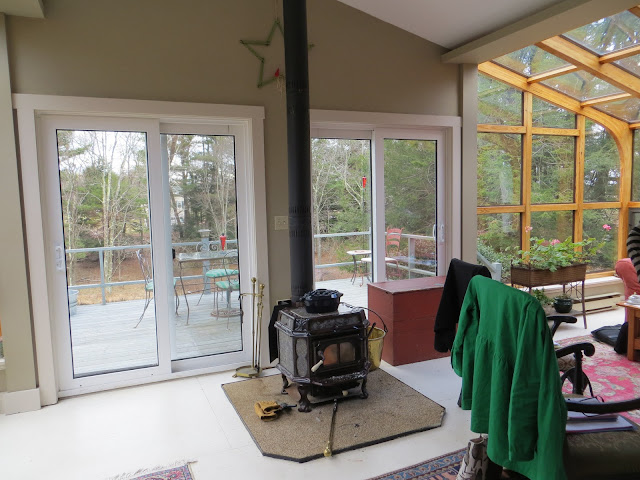 Deck off the meeting room 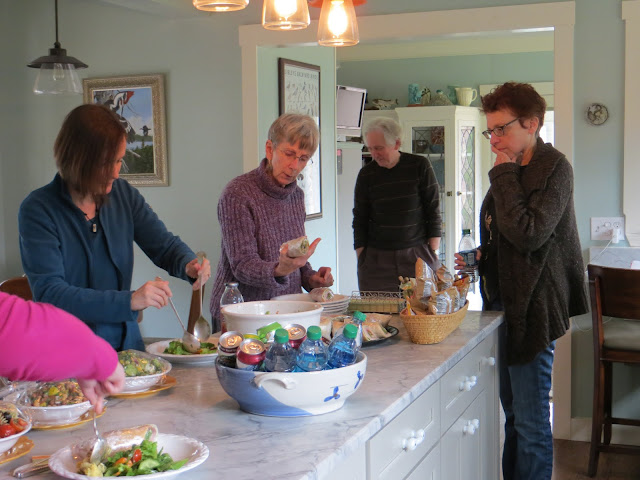 Lunch in the kitchen with Heidi, Carli, Baron, Jessica 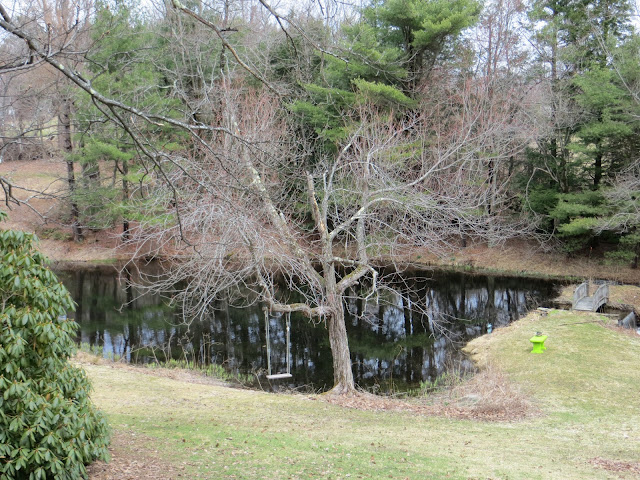 Pond in the backyard

Posted by Diane Lockward at 9:52 AM