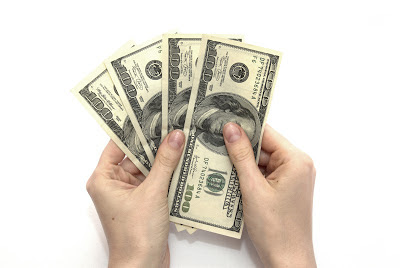 I wonder if any of you have received the same phone call I received last week. A guy called asking for Diane Lockward, the writer. I said that was me. He then explained that he worked for some TV station and the producers were planning to do a feature on a writer. They were going to select a writer who wasn't yet hugely famous and they expected to catapult that writer into huge fame. I was one of three candidates for this program. He did a lot of name dropping—Judge Wapner, Judge Judy, Jim Masters, Doug Llewelyn. He asked a few questions, but very few, about my writing. He asked me to go to this TV website and to view one of their videos. It was very nice. That, he said, was the sort of video they would do for me—if I were selected. He was quite a fast talker. A dangler of carrots.

Finally, I got to ask, Okay, so where does this go from here? He said I'd first be interviewed by phone by a board of eight. He said the other two writers had already been interviewed and we needed to move fast on this. I asked when I'd be interviewed. He said within 48 hours, maybe that very day. By now I'd been on the phone for almost 30 minutes and had already begun to think this was a cartload of nonsense. I wasn't sure if the guy even realized that I'm a poet although he did say that they (who?) liked my work because it wasn't offensive. Is that supposed to be good? He was vague about how he'd obtained my name.

He kept talking and talking, repeating what he'd already said. Then finally he slipped in something about they would make a DVD for me and I'd get 12 copies and could reproduce and distribute them. Hm. Who's going to pay for that, I thought. He asked if my time was flexible. If the Ricki Lake show called, could I hop on a plane to California?

Then he said they'd be investing $40,000 in me and I'd contribute just $5000. Really?? I then asked, Okay, let me be clear—are you saying I would have to give you $5000 right now? Answer: Yes. I then said there was no way that was ever going to happen and ended the call.

Could that scam possibly work on anyone? I hope not. Don't these people know that poets don't make that kind of money? If you get that call, don't let the guy even waste your time.