Bumblebee Flies All the Way to Italy


Several weeks ago Alessandro Panciroli, a translator who lives in Italy, translated some poems by Adele Kenny from English into Italian. When Adele recently used my poem, "Invective Against the Bumblebee," as the model poem for a prompt on invective poems at her blog, Alessandro saw the poem and asked if he could translate it into Italian. Of course, I was happy to say yes. He has now posted the translation of the poem at his blog.Here are the first two stanzas in English:Invective Against the BumblebeeEscapee from a tight cell, yellow-streaked, sex-deprived sycophant to a queen,you have dug divots in my yardand like a squatter trespassed in my garage.I despise you for you have swooped downon my baby boy, harmless on a blanket of lawn,his belly plumping through his orange stretch suit,yellow hat over the fuzz of his head.Though you mistook him for a sunflower, I do not exonerate you,for he weeps in my arms, trembles, and drools,finger swollen like a breakfast sausage.Now my son knows pain.Now he fears the grass.Here's what they look like in Italian:Evaso da una angusta cella,  giallo-striato,smidollato sicofante di una  regina,hai scavato zolle nel mio giardinoti sei introdotto nel mio garage come un abusivo.Ti  disprezzo per esser piombatosul mio bambino, indifeso  su un prato verdeggiante,con la pancetta cicciottella , la sua tutina arancione,ed un cappelletto giallo sulla testa.Certamente lo avrai confuso per un girasole,ma non per questo ti perdono,lo hai fatto piangere tra le mie  braccia, tremare, e sbavare,il dito gonfio come un salsicciotto.Adesso mio figlio conosce il dolore.Adesso ha paura dell' erba.


I wish I could hear Alessandro read the poem in Italian. He also posted the movie I made of the poem. You can see it at his site or at my blog in my post about Adele's prompt.

The second stanza of my poem reveals that the baby is a boy. However, the only photo I could find that seemed right wasn't really right because it was obviously of a baby girl. Here's a bit of what I did to get my baby boy. 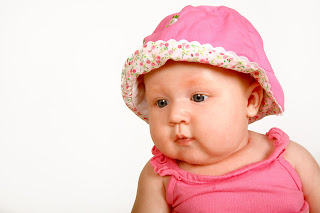 The original photo, clearly a girl, all dressed in pink. But my poem specifies a boy baby in an orange stretch suit and a yellow hat. 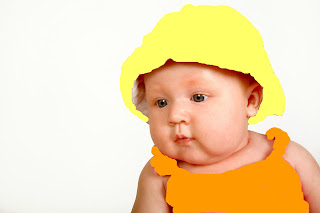 I uploaded the photo to Picnik. (That photo editor site has been shut but happily replaced by Ribbet which has all the same features.) Then I opened the Doodle feature and carefully colored in the suit and the hat. Now I had my dear little baby boy. Next I needed a bumblebee. 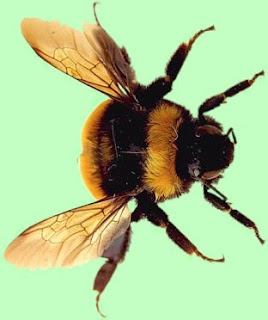 And here it is. But I needed to get that bumblebee close to the baby. 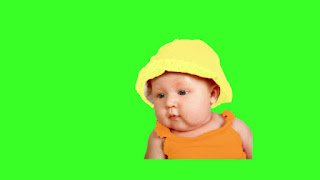 So I opened up Keynote and dragged in the photo of the baby. I got rid of the background and added a green one to suggest the grass. 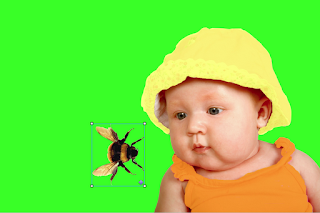 Finally, I dragged in the bumblebee, but I wanted him to move, to fly towards the baby. I found just the right transition in Keynote and that simulated flying.