Me and Ribbet: A Love Story 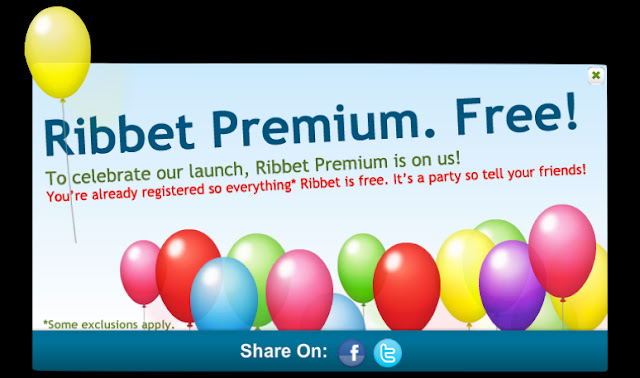 Several months ago I received an email containing the heart-breaking news that my favorite photo editing site, Picnik, would be closing on April 19. The reason offered was pretty bogus—they wanted to do even better things over at Google+. However, the features they migrated over there are minimal, not even close to the glories of the Picnik site. Apparently, Google owned Picnik and had made that decision.

Thousands of voices rose in protest, all to no avail. In April Picnik did indeed disappear. Gone. Kaput. Finito. Like others who had loved the ability to get rid of wrinkles and double chins, who'd adored the collage feature (the collage used as header for this blog was made at Picnik), and countless special effects, and so much more, I began a search for an alternative. I found some—FotoFlexer, iPiccy, PicMonkey—all fine but not one of them even close to Picnik. Oh! woe was me.

Then a hero came along. Ribbet! Imagine my joy when I discovered on Facebook that Ribbet would soon go live and would offer ALL of the features of Picnik, using many of the very same platforms, even keeping the frog logo. Although they were not able to meet their original target date—problems with licenses and a few glitches—happiness came back into my life when they officially opened yesterday.

The site is wonderful. I've already used it several times. This is a completely free service, though, like Picnik, they will eventually charge a fee for Premium service, now free to everyone, but that fee should be minimal. I paid it to Picnik and will pay it to Ribbet when necessary, though I'm hoping to be one of the 100 winners of free Premium for a year. 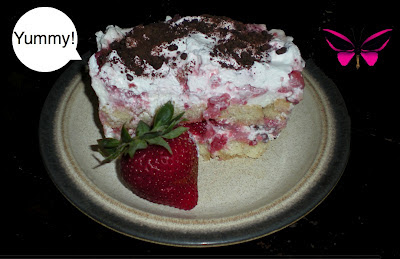 As a sample and a tease, I offer you a piece of the magnificent Strawberry Misu I made this week. With Ribbet, I added a speech bubble, text, and a butterfly. I wish I could offer you a real bite.