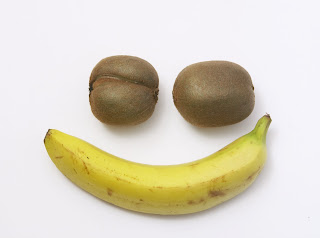 Temptation by Water has received not one but two new reviews. I'm delighted with and grateful for both of them. The first, by Emma Bolden, appears in the Alabama Register. Bolden begins, "In her fourth collection of poetry, Temptation by Water, Diane Lockward offers a series of meditations on the nature of human desire and how nature itself goes against the fulfillment of our desires. Lockward’s poems are at turns wry and wicked, sensual and satisfied, mournful and obsessed with making meaning out of 'the wreckage of absence' which so often makes up our lives." Read the rest of the review HERE.

The second review, by Michael Meyerhofer, appears in Midwest Book Review. Meyerhofer begins, "'Save your water and green vegetation,' Lockward writes in 'The Temptation of Mirage': 'What I want is the desert.' But how can we argue with her when she presents the reader with the 'eternity of sand' like 'an open-air coffin,' not to mention the cereus with 'its creamy petals like white silk,' the fruit 'red as a splash of blood'? And that's the beauty of Temptation by Water. Beyond the subtly brilliant way in which these poems are ordered, the poems themselves shine with a crisp lyricism eclipsed only by their humanity and honest lack of pretension." Read the rest of the review HERE.

How lovely to be wicked and brilliant. Suddenly, I'm in love with adjectives.

Chef and author, John Ross, has begun two of his recent columns in the Long Island Wine Press by quoting from my poems, both found in my second book, What Feeds Us. The first article, "Your own pasta is well worth the effort," begins with a quotation from "Linguini." The second, "Tropical taste in the shape of a pear," quotes from my poem, "Organic Fruit." That's a concrete poem in the shape of an avocado, a feature of the poem that's lost in the article but can be seen if you follow the link to the poem.

Both articles contain recipes that sound incredibly delicious. Check them out.

Given all this food talk, I've decided to share with you a recipe I recently made that was fantastic—if I do say so myself. Oddly, I wasn't at all sure I wanted to make this dish as the ingredients struck me as odd—sour cream, catsup, peaches? But it was one of the best dishes I've ever made. And it was pretty, too. I don't think "casserole" is the best name for this dish but can't come up with a better one. Perhaps you can?

Preheat  oven  to 350
Dredge chicken breasts with mixture of salt, pepper, paprika and flour. Reserve remaining flour mixture.
Brown chicken on all sides in hot butter. Remove to a 3-quart casserole.
Lightly brown almonds in drippings left in skillet.
Stir in remaining flour. Gradually stir in water and consomme. Add catsup, cook and stir until  thickened.
Remove from heat  and  stir in sour cream. Pour over chicken and bake,  uncovered, for about 1 hour.
Arrange  peaches on chicken.
Sprinkle with cheese and return to oven for 10 minutes.

Posted by Diane Lockward at 9:57 AM