What Time Is the Right Time? 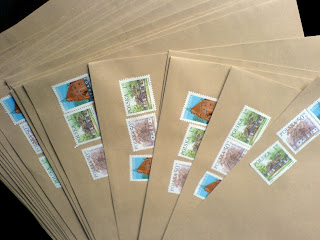 Recently I received an email from a young woman who took a workshop I gave a few years ago at a Writers Conference. She later reappeared in another workshop I led at my local library. Since then she's popped up at other events. I'm always happy to see her. She's a wonderful poet.

In her email this woman asked, How do you know if a poem is ready for submission? I read one of your interviews and noted your advice against sending out work too early. Is there a way to tell when it's done and ready to be submitted?

Here, with some additions, is what I replied:

That's a hard question and I don't think there's a definitive answer. If there is, I don't have it. Of course, one has to let go at a certain point and say Done—or at least Done for now.

Before sending out, I make sure I've applied all my revision checks—have I polished the diction? Gone line by line looking for words that could be jazzed up? Have I maximized sounds? Have I weeded out dead syllables? Does the format of the poem feel right? Does it look right? Do I feel like Yes, this is just the right form for this poem?

In order to answer these questions, I do a line by line interrogation. Here's where the poem can't be rushed. In the first flush of excitement, when you know you've written something worth writing, when you feel that you've said something you haven't said before, it's easy to decide to send that poem right off to the journal you've been dying to get in. I stopped doing that years ago because I found that I was always sorry. Invariably, a week or several weeks later, I found something I'd missed, something that needed to be fixed. Sometimes that something was pretty obvious and I had to wonder how I'd missed it. I'd missed it because I'd submitted in haste.

After I've taken a poem through multiple drafts, I read the most recent draft silently to myself and then I read it aloud. I record myself and play back, listening for spots that sag. If I find myself daydreaming during the playback, I can be sure that's just what the reader will do too. Sometimes this feels self-indulgent, almost egomaniacal—sitting there listening to the sound of my own voice over and over. And yet it's one of the most useful revision strategies I have. Is the poem a comfortable read? If not, is something wrong with the rhythm? or the line breaks? I would never send out a poem that I hadn't yet spoken aloud and heard multiple times.

After I've submitted the poem numerous times and gotten nothing but rejection, I may take another look at the poem. But rejection is not always a reliable indicator. I've had poems rejected many times that eventually were published in good journals and received lots of praise.

I always put what I think is a Done poem into my folder for several weeks. I never send out a poem that's just hot off the printer. I let it sit. I want to forget about the poem. Get uninvolved with it. Eventually I dig it out and read it again. Does it still surprise and delight me? Am I still excited about the poem? Does it still touch me? If it's a sad poem, do I have to wrestle a bit with tears? Do I even sort of wonder, Gee, did I really write this? Not bad, not bad at all. But Uh oh, is that a bad verb in there? A missing comma? Yes, yes. I fix the little devils and then send the poem on its way.

Posted by Diane Lockward at 9:50 AM