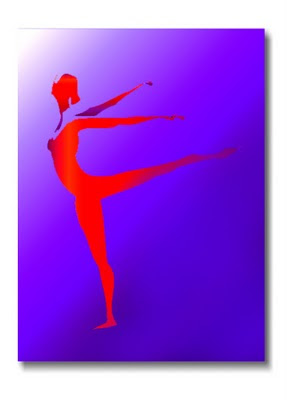 I just finished reading Twyla Tharp's The Creative Habit: Learn It and Use It for Life. I loved this book and will likely have more to say about it at another time, but for now I want to say that one of the aspects of the book I enjoyed was that so much of what Tharp says about her life and work as a dancer has parallels to the life and work of a poet. For example, some of her strategies for getting herself out of a creative slump could easily work for poets.

One activity Tharp uses to get out of a creative dead end is called "Do a Verb." She chooses a verb and acts it out physically. For example, the verb squirm leads to wiggling her hips, shrugging her shoulders, and moving her limbs in such a way that a "dance phrase" gets underway. She videotapes the process and when she plays back the video, she invariably finds something "strange and new" that revs up her dance engine.

I think that we poets could translate this exercise to poetry. Choose a verb and free write about it for five minutes. See what emerges. Or begin literally with the physical, as a dancer would. Then write about that.

Some verbs suggested by Tharp: dart, twirl, chafe. Then there is her "Civilian Big Ten," verbs consistently suggested by groups she's worked with: push, spin, run, jump, twist, roll, skip, turn, walk, fall. But feel free to choose your own verb, a snazzy one or an ordinary one. 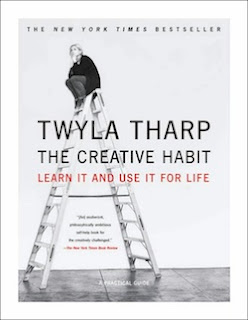 Click for Amazon
Posted by Diane Lockward at 2:11 PM