This past weekend I attended the Dodge Poetry Festival. I was part of the staff so had several assignments throughout the three days. Not as thrilling as reading at the festival, but I had a really good time. In fact, I was rather surprised as I wasn't at all sure what the festival would be like in its new venue. In the past when I've worked at the festival, I've been provided with a hotel room, but this time, because of a tightened budget, I had to commute. I stressed over the drive and the parking for days! Needlessly. The drive was easy and the parking was a breeze. I wasn't happy about having to pay for parking, but at least I got into a lot right across the street from the NJ Performing Arts Center and even managed to get the same exact spot all three days.

I also wondered if the move from the rural setting of Waterloo Village to the urban one of downtown Newark would work. It did work. Surprisingly, the feel wasn't even urban. I felt like I was in a village. NJPAC is a beautiful building—what a dope I've been for not going there before this!—and the grounds are beautifully landscaped. Unlike at Waterloo where the various venues were spread out and a long hike was sometimes necessitated from one to the other, in Newark all the venues were within short walking distance. We were blessed with three days of the most gorgeous weather, so it was lovely walking outside.

As always happens at the festival and part of the fun, I ran into tons of people I know but never see. I also met some people I'd known by name only. Each time I went from one place to the next, I stopped and chatted several times along the way. In this new location all of the reading venues were indoors, so no stomping through mud or squishy grass as has sometimes happened at Waterloo (though with the weather this year, Waterloo would also have been lovely outdoors). And what an improvement in the bathroom situation. There were ample bathrooms in all the buildings. Any lines that developed moved quickly. The bathrooms were clean and the floors were dry.

I couldn't help but notice, though, that the number of people seemed diminished. I know some people who didn't go this time because they were reluctant to travel into the city, but the festival really wasn't in the heart of the city; it was on the very outskirts. Perhaps the attendance will pick up next time if the festival is again held in Newark. I attended only one event where the room was filled to capacity. Some of the others were generously filled but not completely. Mostly where I noticed the reduced number of people was in the Borders Book Tent. I had to pass through it—and it was huge—on my way to lunch and back. Each time the tent had merely a handful of people in it. No exaggeration.

I wish I'd taken more pictures, but here are a some that might give you a sense of the festival. 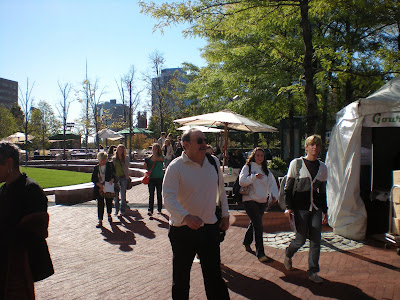 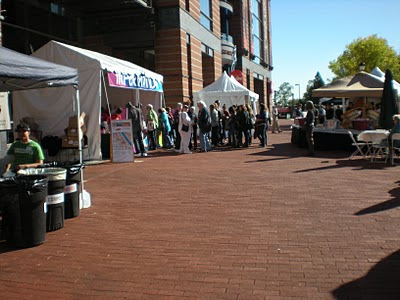 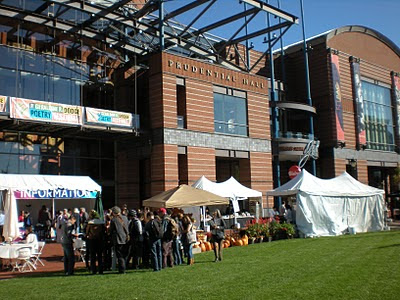 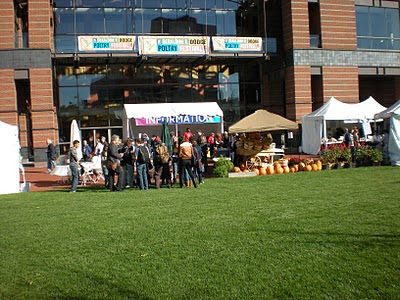 Students gathering in front of NJPAC 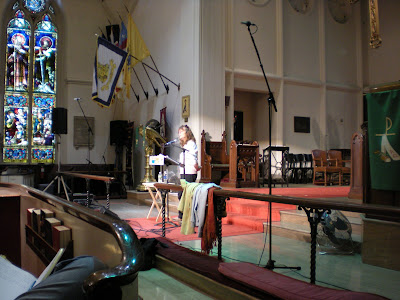 Dorianne Laux reading in Trinity and St. Phillips Cathedral—one of my jobs was hosting this one 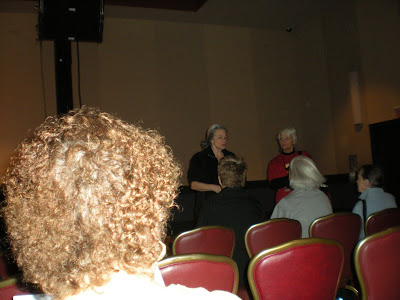 Sharon Olds in the center background 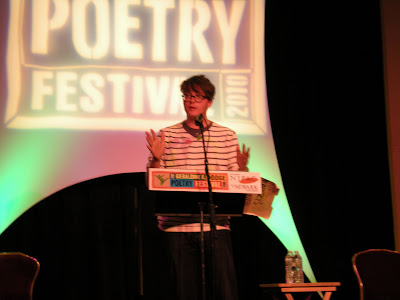 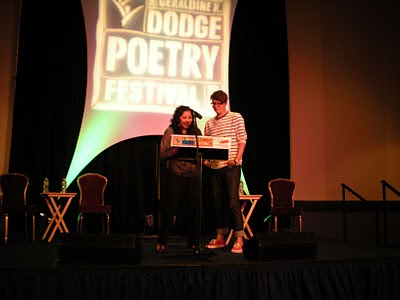 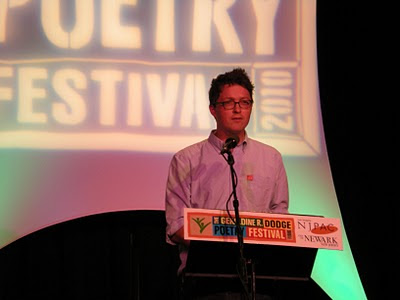 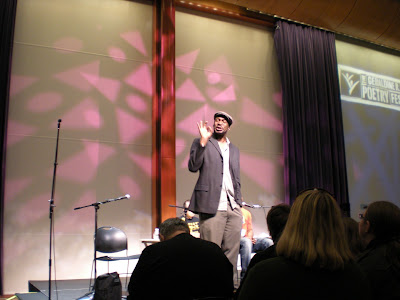 Taalam Acey at From Homer to Hip Hop 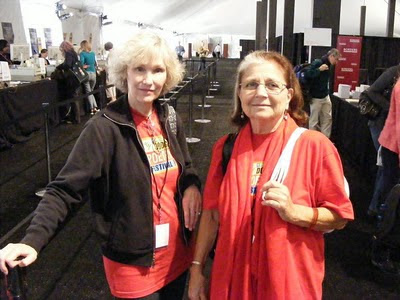 Posted by Diane Lockward at 3:00 PM